Ring, ring!
It was my friend Emer on video call.
Dam, why didn't I put on a bit of make-up. I look like the Wreck of the Hesperus.

I was sitting down comfortably, chatting away, when I espied what looked like a rotting banana skin in the corner of the kitchen. Seeing as I had been channeling my inner domestic goddess and baked Oaty Banana Buns the other day I must have dropped a skin. But I had washed the floors afterwards and didn't spot it then?

Then.....it moved ever so slightly. My heart stopped and then leaped into my mouth when, on closer inspection I realised it WASN'T a mouse.
It was a BAT, BAT..........FUCKIN' BAT!!!

I tried to get the words out to Emer but they were stuck in my throat. Finally I got to splurt out
"There's a bat in my kitchen!!!"
Emer had the typical friend's response
"Oh show me!"
I had to turn around the phone to display him, like a horror show. 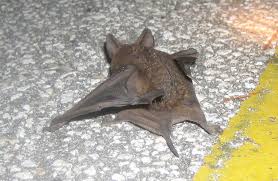 You don't actually think I was in the right frame of mind to start taking photographs of him???
I have been living in my house for 16 years and I have NEVER seen a bat around here before. And bad as all as their PR was before this, now on account of the Coronavirus they are more feared than ever.
HOW THE HELL WAS I GOING TO GET IT OUT?

So I told Emer I was going to have to put down the phone to deal with the emergency.

First of all I scrubbed up and put on gloves.
I've seen enough episodes of Grey's Anatomy to know the correct procedure.

I then got the dustpan and brush and approached him slowly, forgetting that bats can't see and he could sense me with his ultra sensitive radar, or whatever the hell he has.

I was talking to him in a calm manner, as I'm sure any Bat Whisperer would advise.

"Now, I'm just going to pick you up and put you at the bottom of the garden. I'm not going to hurt you."

I then heard squeals of laughter in the background. In my absolute panic I had failed to turn off my phone. So Emer was getting a Facetime-live of the whole event.

I gingerly scooped him up,, expecting him to jump up at me at any moment. He just lay there. I strongly suspect he wasn't in a good physical state. Anyway I walked carefully down to the bottom of the garden and placed him on the grass.

I got back into the house despite my wobbly legs. Emer was still on the line and tried to stem my  panic.
When the phone call ended I got the bucket, mop and disinfectant to slouch the place down.

Then came the next major worry.
How the hell had he gotten in???
I hadn't left my patio doors open and anyway there are curtains over them so he couldn't have gotten in that way. 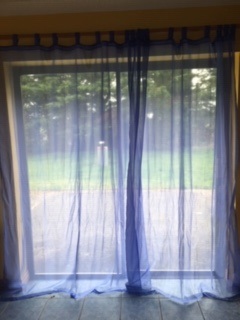 Then I began to imagine that there were hundreds of them in my attic and that he had squeezed down through a crack and I was soon going to be over run with them.
"Calm the f*ck down, Noeleen and think about what you were doing before the phone call. He wasn't here earlier".

I had washed lots of my jumpers yesterday and put them out lying flat on a clothes horse at the side of my house. I had left them there overnight and had brought them in earlier. He must have been attached to one of them and that is how I brought him in.

Fair enough. But now I had to go down to my wardrobe where I had neatly folded away my jumpers (the new, improved me). I had to take them out one by one, carefully unfold them, give a little shake to make sure that there were no more bats lurking there.
Thankfully there were none.

I went back down to the kitchen for a cup of tea. I was shaking. Definitely suffering from PTSD. I'm still jumping every time I see a shadow or something dark.
It's hard to stay positive! 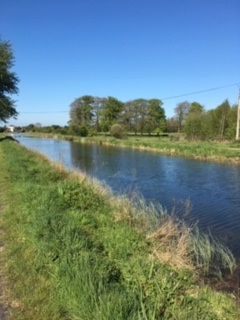