Well it might take me a while seeing as I can only go in a 2km radius of home. I read that in order to avoid getting bored with your exercise regime you need to mix it up a bit. So today I decided that.....
instead of going 2 km in this direction 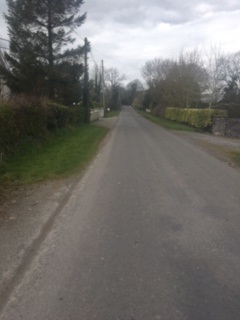 I decided to go 2km in that direction 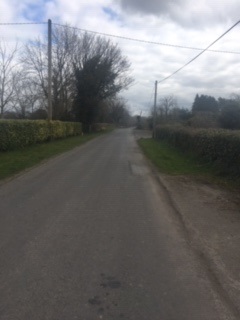 And you know, it really did make a difference. I normally only travel in that direction by car and I saw lots of things, including houses that I had never noticed before. I even got talking to a house owner that I had never met before.
It was from a safe distance. He was power washing his drive and I was on the road.
The thing is, before this time we would probably have just acknowledged each other with a "Hello" and I'd have kept going. Now it's an event to get the opportunity to talk to people.

There is a lot of talk at this time about the fact that the world has come to a halt. But it hasn't. The world is carrying on as normal, in fact probably better for the fact that humans are in lockdown.

First of all spring time saving began.
Just a pity we couldn't put the clock forward about four months.

Rivers are still flowing towards the sea. 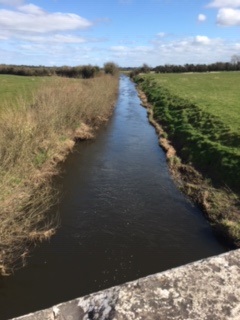 Flowers are still coming into bloom. 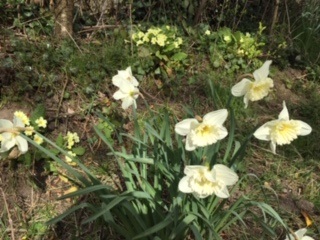 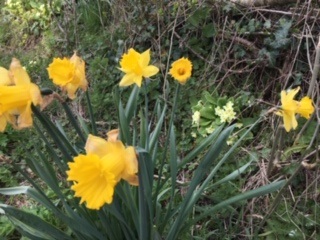 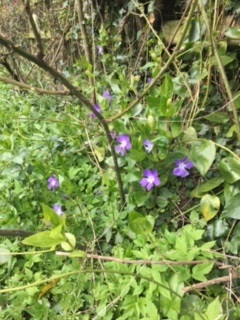 And lambs are frolicking around with not a care in the world. 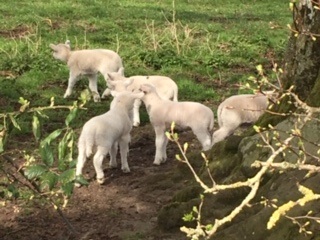 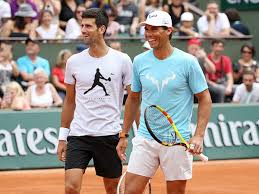