Calm before the surge

Well, St Patrick's Day 2020 will certainly be one for the history books. The day there was no mass, parades or going to the pubs to drown the shamrock! It's a strange time indeed, it's the fear of the unknown, no one has a clue as to how this is going to turn out.
It was so heartening to see how inventive people were with their virtual parades. If ever we needed our Irish sense of community and humour, its now. Like most families, we have a Whatsapp group and the kids were showing off their best St Patrick's Day outfits. I joined in by pulling out my leprechaun outfit that I got made in Abu Dhabi, 20 years ago now.
Oh my God, that long ago? It feels like 8 years at most. 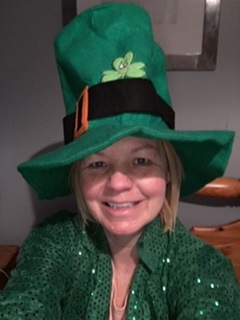 So just to be clear I don't normally wake up on Paddy's Day, dressed as a leprechaun. Today was an exception!

The hardest part for our family is that Mam is in a nursing home and we haven't been able to go to see her for the past three weeks and in all fairness have no idea when we will get to see her again. But thankfully they live streamed mass from the Camillians yesterday with just the clients from the nursing home. 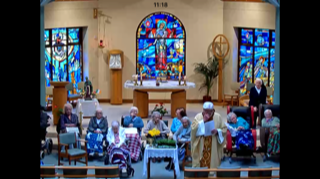 So it was that I was sitting in up in bed, eyes glued to my phone trying to get a glimpse of Mam. The fact that I knew the rest of my family were in their homes doing the same gave me a lovely sense of togetherness, even though we were apart. Also the fact that Daddy built that church, included him in our group too.

Our fear is that it's going to be weeks/months before things are clear enough for visiting to start again. We don't know if Mam's health will hold out that long. Also Mam has dementia. Thankfully she still knew who we all were, in fact she still mentioned things that we wished she's forget! But if she doesn't see us for weeks will she forget who we are? By the time we get back in to see her, will we have lost her? They're setting up Skype for all patients so hopefully we will get to talk soon.

Later I went for a walk, very important for mental health. Not much of a parade really, but at least we kept our social distance! 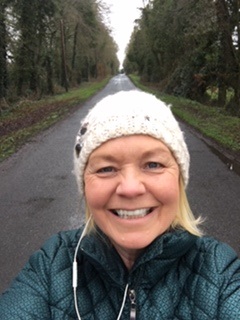 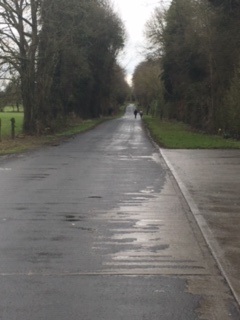 Would also like to say, "Peadar, when this is over I think it's time you took down your election posters!" 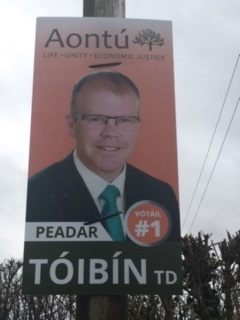 And then came the announcement
Our Taoiseach was addressing the country at 9 pm. 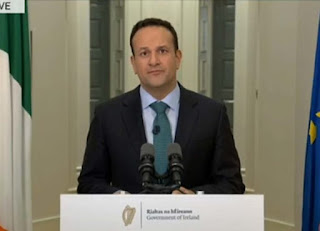 My nerves were in bits as I was sure we were heading for lockdown and what would that involve?
I'll be honest, I poured myself a vodka as I waited for the broadcast.
I am not a staunch political observer, I haven't agreed with many of Leo's tactics in the past, but I have to say, fair dues for his speech.
Firstly, he didn't announce a lockdown, but told us it was coming. He addressed all members of our society including the kids, and I liked his little quip about them maybe even missing going to school! A nice human touch.
I'm glad we have him as our leader as opposed to some other world leaders, not naming any in particular.

So now is not the time for scoring political points off each other. In all fairness none of our TDs have done so. If we're to get out of this situation with the least amount of causalities, both human and economic, we are going to have to work together. And lets face it, the Irish are good at that. We've survived a famine, 700 years of oppression and a financial crash. When you think about it,, the only time we almost brought our country to ruin was because of the Celtic Tiger, proof that we can't cope when things are going well, we lose the run of ourselves.
We can cope with the famine but not with the feast!

And so we can "get on with it"and I do think as a nation we still have a collective sense of community in order to do so.
So quote High School Musical
"We're all in this together!"
https://www.youtube.com/watch?v=gbrbUfYSt0E
at March 18, 2020