#1 How to survive a snow day

I'll be perfectly honest. I know we were all warned about the approaching arctic like conditions but I was sure that we would have school today, things would worsen overnight and we would have snow days on Thursday and Friday. Boy was I was wrong!

I woke up to find I had been transported to Narnia in the middle of the night. 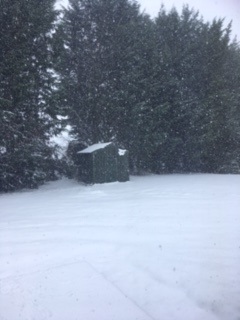 .There's my poor wee shed that hasn't yet recovered from Storm Ophelia.

I got up and waited anxiously for the text.
Ping!
School closed! Yipee!
So did I go back to bed? Hell no, I was up so there was no point.

So what exactly does a singleton do all day when confined to her house ? Well I was actually very productive.
#1: I wrote 784 words for my college assignment!
#2: Tidied my bedroom, including under the bed. Unheard of.
#3: Did a workout with Karl Henry, which not only toned me up but warmed me up! 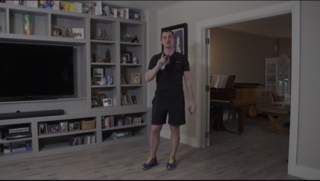 #4: I then decided to walk the 2 and a half km to Raharney while the going was good. I won't be able to do it tomorrow when Storm Emma arrives.
It really was a fabulous day once I wrapped up well. 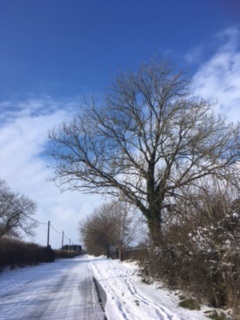 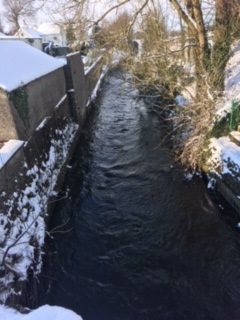 #5: Once home I put my Op Tran training to good use and I cooked a batchload of dinners to last me for the next few days, if, God forbid, it's as bad as they say its going to be. 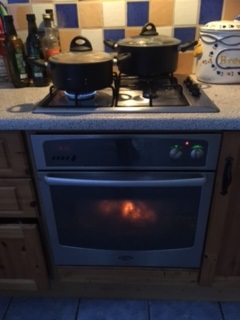 #6: After all that, it was time to put my feet up in front of the telly, with a nice glass of wine ( which had bought on the expedition to Raharney earlier) and watch the finale of this year's Operation transformation. This year's leaders were fantastic and a real inspiration.
And the good news is, that if they're snowed in, in two years time, they will know exactly how to cope! 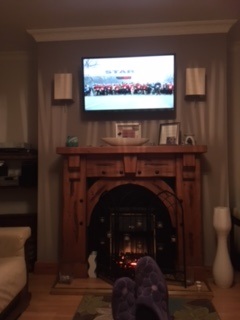 It's strange the signs you see on the back road home to Raharney. I mean, why on earth would they want to set up shop in the middle of nowhere? 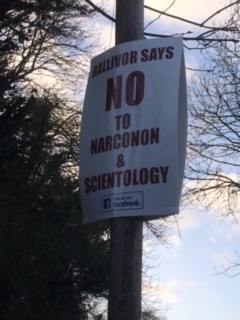