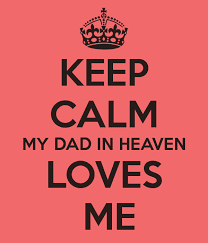 It's exactly ten years to the day that we lost the best Dad in the world to cancer. Yes its true that time is a great healer. Days may go by in our busy lives and we don't think of him. Then out of the blue something mundane will happen and Dad will immediately spring to mind, resulting in tears of laughter or sadness, depending on the memory.
I don't believe in coincidences. Last night as I was flicking through the TV channels Paulo Nuttini's "Last Request" came on. For me that's forever associated with Dad and I believe its his way of getting in contact with me. This explains why.

Having said that Dad would have HATED that song and said
"What sort of a feckin' eejit is that, sure he can't sing!!!!

The night before his funeral the family were all gathered together to prepare the funeral mass. We were composing the Prayers of the Faikthful and the commentary for the offertory gifts. If anyone had been passing by the window they would have said
"Those Lynams are having a party".
There were howls of laughter as we recalled things that Dad said. He was a man of few words but the ones he said meant something. He had a very droll sense of humour and I would like to think he passed it on to all of us.

It was my job to read out the meaning behind our Offertory gifts. I still think we managed to catch the essence of Dad in those words so here they are again


Offertory Gifts
Dad never broke his Confirmation pledge and was the proud wearer of a gold pioneer pin. This is brought by his niece Fionnuala.
Dad is proof that you didn't need to drink to have a good time.

By his own admission Dad couldn't sing or play a note, but he certainly had an ear for music. One of Mam's and Dad's great loves was Ballroom Dancing. They made many good friends through this.
One of these friends Helen brings a selection of Dad's favourite dancing music.

Dad was a founder member of Mullingar Credit Union 37 years ago and up to the time of his death continued to serve on the Board of Directors. Fellow director, neighbour and life long friend Tommy brings the book of Standard Rules for Credit Unions.
A little worryingly this book is in perfect condition and appears to have been rarely consulted.

One of Dad's hobbies was restoring vintage cars. He spent many draughty but happy hours in the shed working on his favourite car, an Austin Princess.
His son John brings the Owner's Manual, the accuracy of which Dad often called into question.

In his retirement Dad took up golf. He spent many happy hours on Shay Murtagh's golf course with his friends. His granddaughter Lauren brings one of his golf clubs.
it must be said that Dad got just as much enjoyment out of finding lost golf balls as he did out of actually playing the game.

Dad started as an apprentice carpenter at the age of 15 and worked all his life in the building trade.
Business partner and good friend of the Lynam family, Billy Boyle, brings a hammer, one of Dad's many tools of the trade.
Dad not only built many fine buildings in the community and further afield, but he also built homes for us, his family. It is very reassuring to know that all we will ever have to do is look at the walls around us and the roof over our heads and know that Dad continues to shelter and protect us.

The greatest gift that Dad passed onto his family is the gift of faith. He was both a Minister of the Word and a Minister of the Eucharist. The bread and wine are brought up by his son Finian and his grandson Niall, representing the next two generations of the Lynam family.