As you go through life you tend to think that you know your own mind, what you like and what you don't like. There's nothing I like more than being proven wrong.
Over the past few months I have eaten and enjoyed food that I was convinced that I didn't like.
Smoked salmon, capers, I'm looking at you!
It's such a joy to relish a new experience. 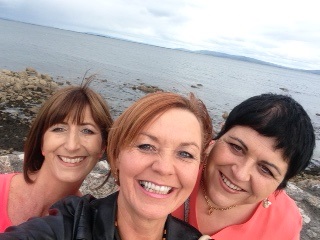 A friend of mine suggested that a few of us head to the Galway Arts Festival for a gig that she wanted to go to, namely JimJam, We Banjo 3 and Hermitage Green. I had heard  of one of those bands before but never actually heard any of their music. Googling them, there seemed to be too many banjos, fiddles, cellos for my liking.. Wasn't sure if it was my cup of tea I still agreed to go.
Hey I'll go to the opening of an envelope if I think there'll be a bit of craic.

Why did I not know about this style of music before????
The concert was AMAZING! The music was a blend of traditional Irish, old time and bluegrass.  I think the official term is Celt Grass! Whatever its called ii certainly stirs the senses.
Individually the  bands are brilliant. Put the three of them together on one stage and you have an explosion of musical sounds. 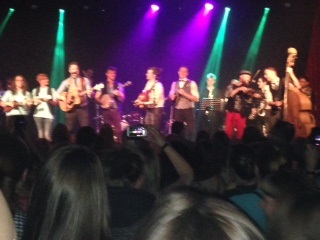 And if that isn't enough, throw in Sharon Shannon to the mix. 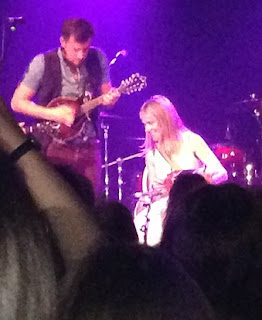 We danced so much I was starving afterwards. So for only the second time this year I treated myself to a fast food meal of chips, burger and onion rings. 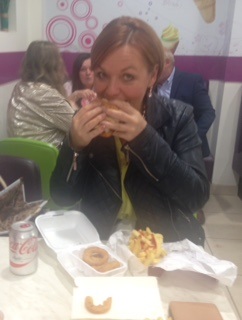