"Hey Noeleen, would you like to join us for a walk on Slieve Bloom on Good Friday?"
Normally I would jump at the chance to meet up with my best friend from Secondary school, Majella, but I had a flashback to the last time I joined her on one of her "little" walks. Four hours power walking along the River Barrow! Granted the scenery was breath taking....if I had any breath left! My legs kept buckling under me for a week afterwards.
"Eh, how long will this walk take?" I inquired.
I may be much fitter now, but I'm not taking any chances!
"Oh it's a short one, about two hours", she reassured me. 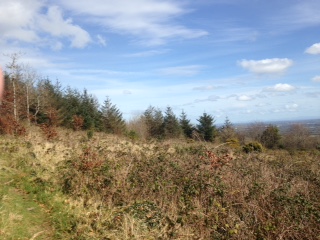 And that is why I found myself at the foot of Slieve Bloom on a glorious Good Friday.

I was in top spirits until I overheard one of the group asking Majella how long would we be.
"Oh about four and a half hours!" Majella cheerfully replied.
"WHATTTTT?????" I squealed. "You told me two hours!"
"And you still believed me after all these years!".

There was no turning back at this stage. Also seeing as I have progressed from being in the bottom 15% of fitness among 50 year old women, to being in the top 25%, I figured I just might make it out alive.

Boy am I glad I took the risk. The scenery was breath taking and it was actually easier to walk up and down a mountain than staying on the flat! 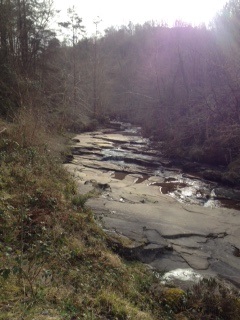 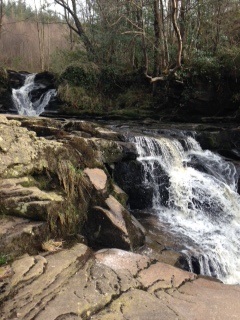 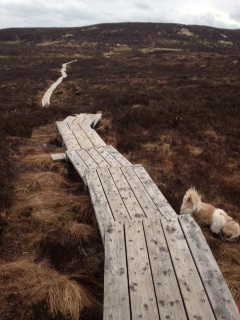 We took a well earned break about halfway....for ham sandwiches.
Yes, I know it was Good Friday and catholics aren't supposed to eat meat, but hey, I figured we were doing the equivalent of Calvary so it cancelled it out! 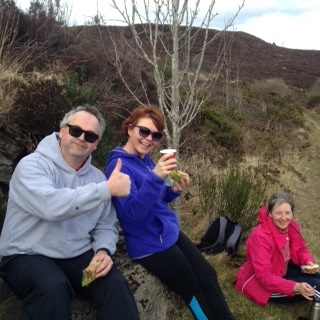 We were at the four hour mark when one of the group announced
"I'd really love to visit "the lost village". It's up here somewhere."

The Clones was a village situated up the mountain which at one stage had a population of about 70 people. the last family left it in 1962 and now it lies in ruins.

Majella looked to the North and looked to the East.
"Erm, it think it's this way. Sure we'll follow this path and see where it takes us".


My heart skipped a beat. I was recalling the "hilarious" story that Majella had told us earlier about the time herself and Brian went for a walk at 2 o clock, got lost and had to ring someone to come and get them.......at 11 o clock that night!!!!
After all I'm sure there is a very good reason why it's called the LOST VILLAGE!!!

I tried to voice my protest, but in vain. I was soon following my party up a path into deeper forest. 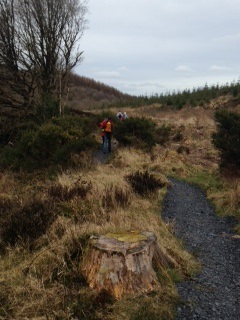 Thankfully we were right and were soon wandering in and out of old house ruins and trees. Some of them were two storied, very unusual for old Irish houses. 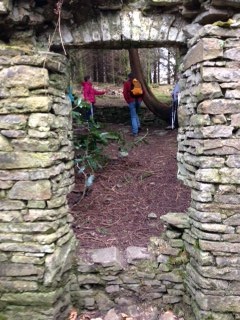 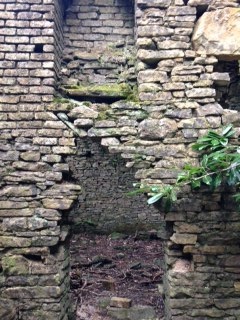 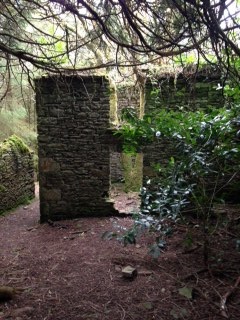 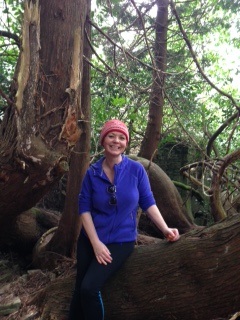 We did make it back to the car bang on 4 and a half hours. I was still standing straight and knees did not give way under me. 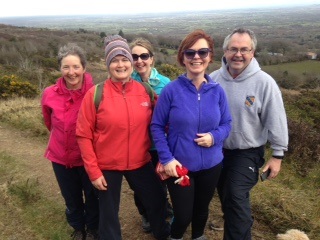 Can't wait for the next walk Majella!