Question: Who would win in a contest between firemen and cowboys?

Our first port was call was Canada. Calgary to be exact, just in time for The Stampede.
To be honest, when I first heard the title I thought it was where cattle rampaged down the street. Then I realised that was "The Running of the Bulls" in Spain! My geography was a bit off.
We were just in time for the world's largest rodeo, which could only mean one thing....COWBOYS!

But of course we were really there for the culture so our hostess  with the mostess, Daralee brought us to the Heritage Park Historical Village on the first day. It was fantastic, like stepping back in time. 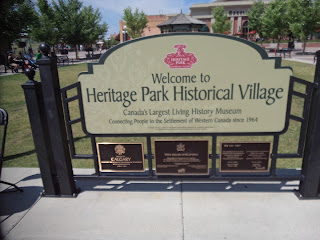 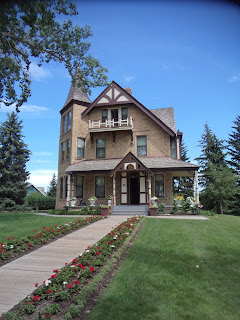 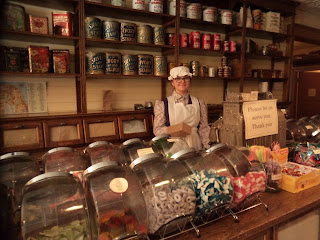 "Would you have any tissues, please?" 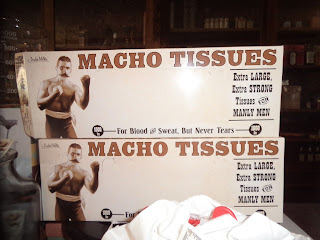 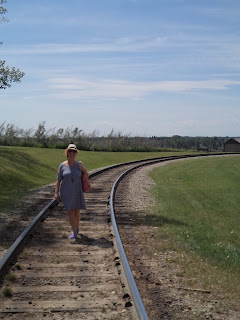 "There's a what behind me?" 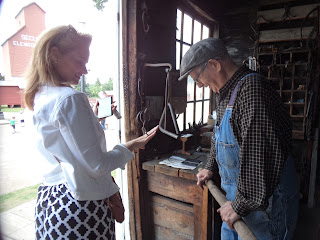 Daralee gets her first proposal of the day. Bless, he even made the ring himself! 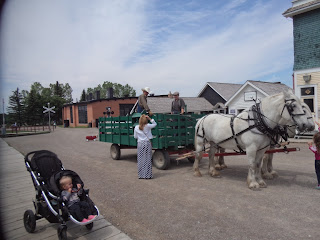 "I suppose a ride would be out of the question?" 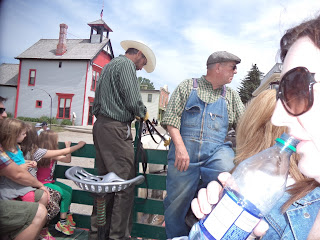 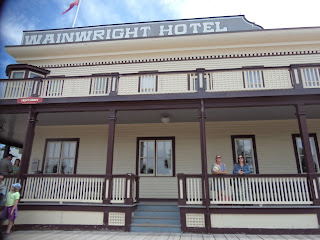 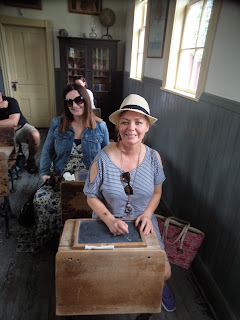 Talk about a busman's holiday... 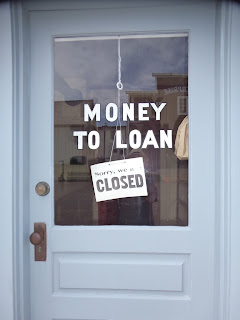 I'll be needing that by the end of this holiday. 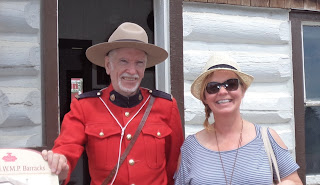 And just like the Mounties, I always get my man!

All this sightseeing was thirsty work, so we headed off to Ranchers, a 100% genuine cowboy watering hole. 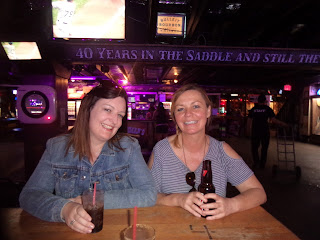 Not so sure about the banner over our heads!

We had been there for a while when we heard a commotion outside. When we were told it was the annual auction of Cowboys VS Firefighters in aid of local charities we felt it our moral duty to go out and support a good cause. What we saw was traumatic! Those poor young men got up on stage before an audience of wild hollering women. They gyrated and posed while removing items of clothing in order to get a higher bid. I felt it was the most demoralising thing I ever saw. 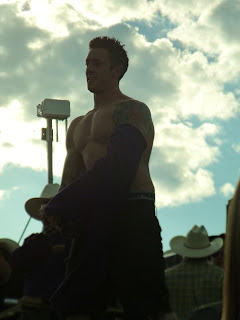 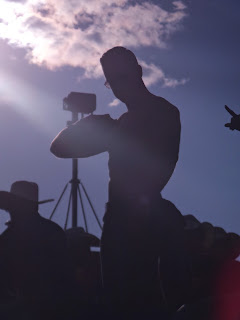 For some strange reason I was unable to concentrate long enough to focus my camera!

I felt so sorry for the men that I felt it my duty to go up to them and give them a big hug....just to help them get over their ordeal!!!