Down on the Farm.

One of our traits as an Irish nation is the connection we have to the land. This was the theme of John B Keane's masterpiece "The Field".


"Bull" McCabe: There's another law, stronger than the common law.
Father Doran: What's that?
"Bull" McCabe: The law of the land. When I was a boy, younger than Tadgh there, my brothers and sisters had to leave the land, because it couldn't support them. We wasn't rich enough to be priests or doctors, so it was the emigrant ship for all of them. I were the eldest, the heir. I were the only one left at home. Neighbours were scarce. So my father and I, we had our breakfast, dinner, and tea, working in that field without a break in our work. And my mother brought us the meals. One day, one day my father sensed a drop of rain in the air and my mother helped us bring in the hay before it was too late. She was working one corner of the field, and I was working in the other. About the third day, I saw her fall back, keel over so to speak. I called my father, I run to her. My father kneeled beside her. He knew she... he knew she was dying. He said an act of contrition into her ear and he asked God to forgive her her sins. And he looked at me, and he said, "Fetch a priest." Fetch a priest... And I said, "Let's - let's bring the hay in first. Let's bring the hay in first." My father looked at me with tears of pride in his eyes. He knew I'd take care of the land. And if you think I'm gonna face my mother in Heaven or in Hell without that field, you've got something else coming. No collar, uniform, or weapon will protect the man that stands in my way.

If you ask any Irish farmer how many acres he has or how many cattle are in his herd, he will never give you a direct answer. After all that is an indication of how much money they are worth, and that would never do! But there is one thing I know for sure. There is no Irish farm that comes close to the size and scale of a Canadian one.

Daralee brought us on a tour of her family farm. 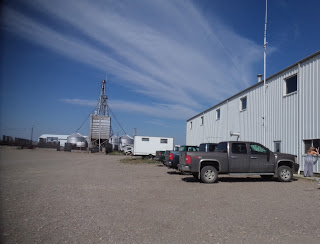 I remember summer days spent on Grandda Lynam's farm. I got to relive those days as I clambered onto any piece of machinery I could find! 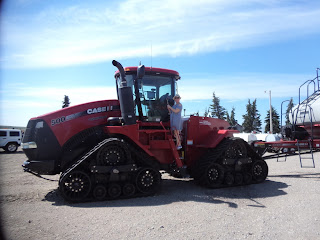 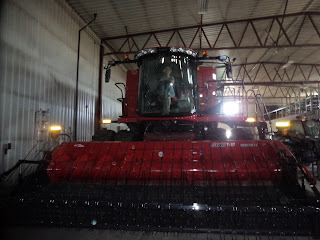 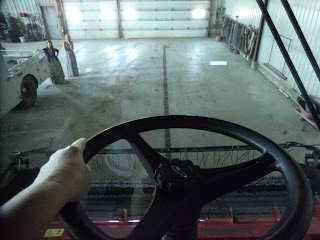 "So now, how do I parallel-park this baby?" 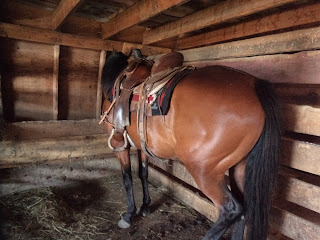 "Could you at least turn your head this way for a minute?" 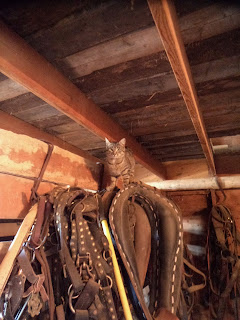 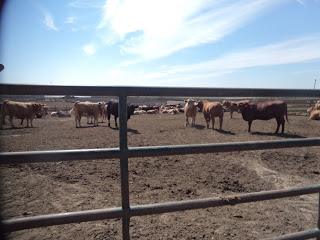 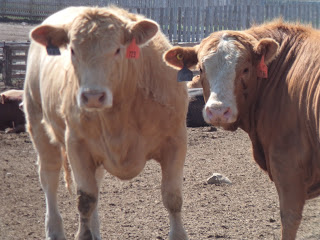