Oh what a night!

I went to see the musical "Jersey Boys" in the Bord Gais Energy Theater last night.
What a dreadful name for a musical venue, but a lovely place. 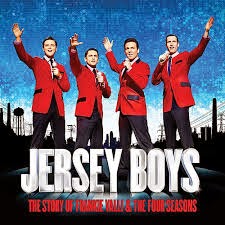 It's the story of Frankie Valli and the Four Seasons. It documents the highs and lows of their band, from their beginning in Jersey to their inclusion in the Rock and Roll Hall of Fame.There were many twists along the way.

In the second act there is a scene where their bass drummer decides he has had enough. He's fed up and wants to go back home. So he quits the band right in the middle of one of their tours.
Suddenly a cold shiver went down my spine and I had a clear premonition of what was going to happen to me in the future.
I could vividly see myself IN TWENTY YEARS TIME, sitting in the exact same seat in the exact same theater, watching......
ONE DIRECTION-THE MUSICAL!
It had a different musical score, but the exact same script! 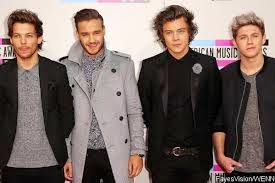 And then there were four!

Maybe I am psychic but to be honest you don't really need to be Mystic Meg to see that one coming!