As I drove Grace out of the garage I decided to bring her for a bit of a spin to get used to her.......so we set off for the west coast of Clare.
All together now
It's a long, long way from Clare to he-e-ear.
Well I figured we should start as we mean to go on and Grace will just have to get used to taking off on a whim. We went down to visit my good friend Sinéad.
By the way, she did know I was coming. I just don't arrive at your doorstep, I will give a warning!

As it was a glorious April afternoon we headed for nearby Lahinch beach. Lots of other people had the same idea. 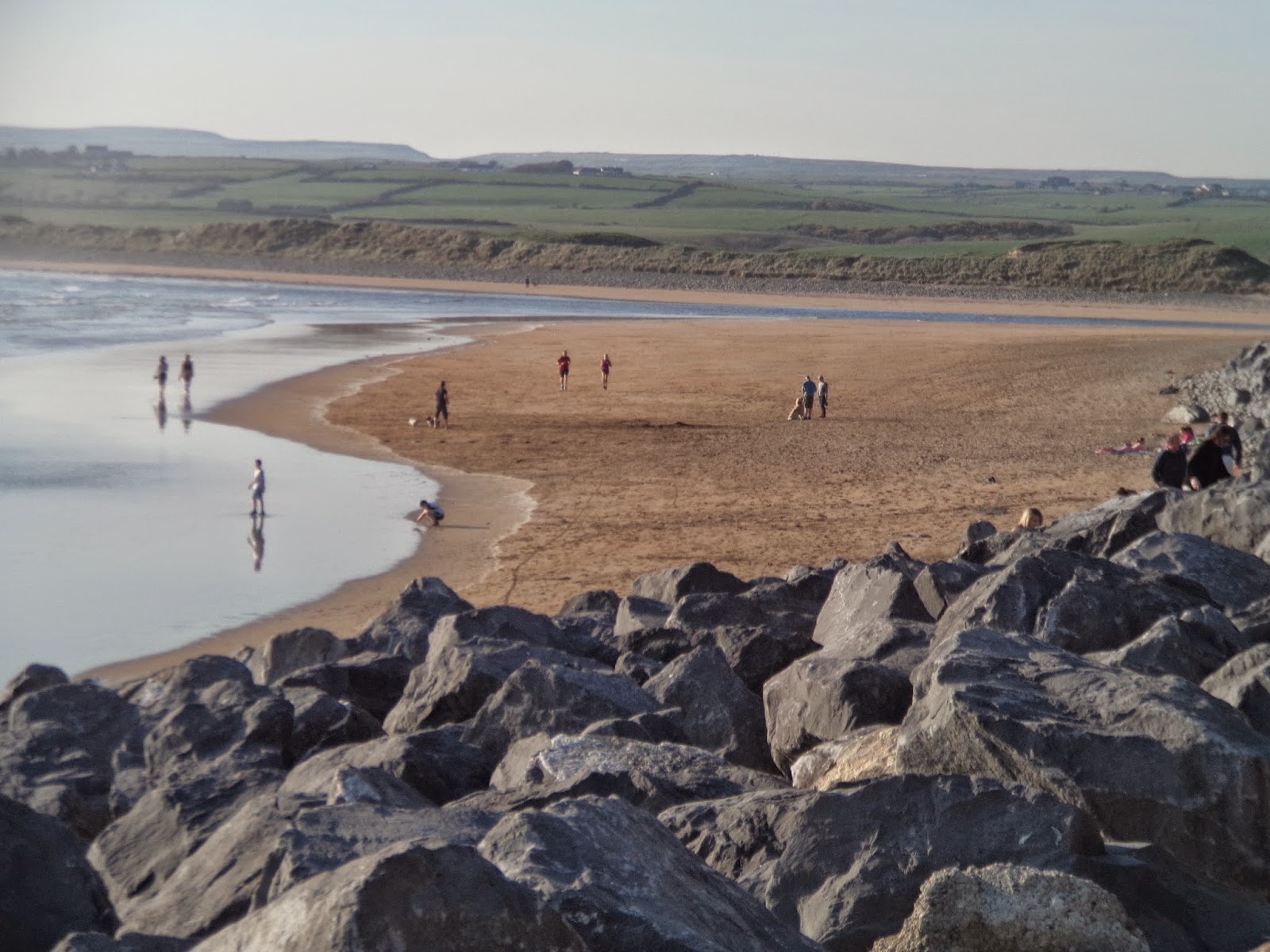 As we were walking along the strand we met two women coming in the opposite direction. We were passing each other when I did a double take.
"HELEN? CATHERINE?" I squealed.
Yep,they were two people I'd known in Abu Dhabi . Catherine I would have met a few times, but I hadn't seen Helen since I came back home over a decade ago! That's Ireland for ya, you can go nowhere without meeting someone you know.

It amazes me how people thing they can get away with having an affair in this country. I mean, if you rock up at a hotel for a dirty weekend with your lover, you're bound to bump into your mother-in-law at reception! Which begs the question, what is she doing there???

Anyway, we had a great catch up. 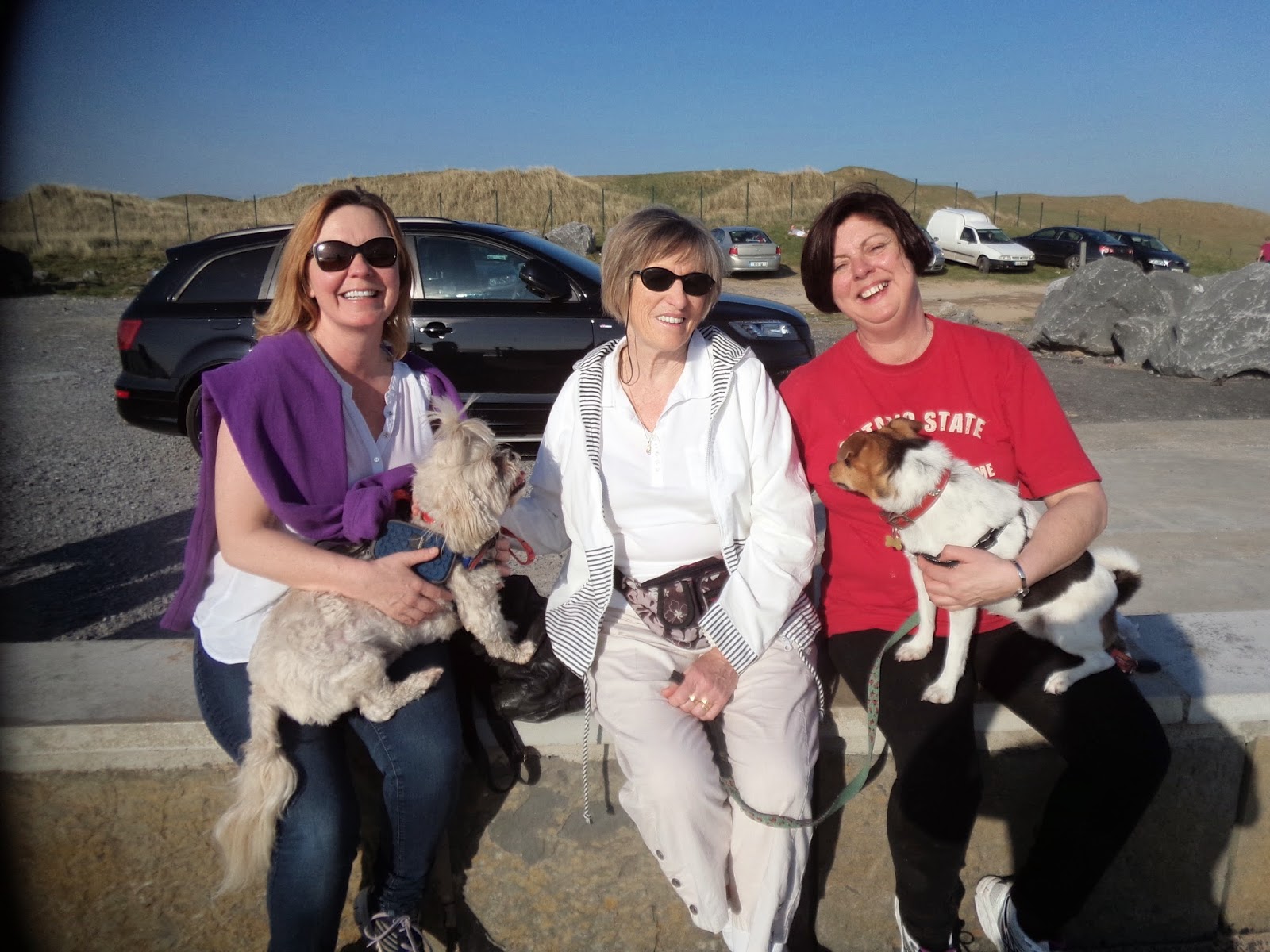 Later that evening we sat on the sea-front wall and ate our dinner of burger and chips, washed down with tea from a cardboard cup,while watching the sun set. 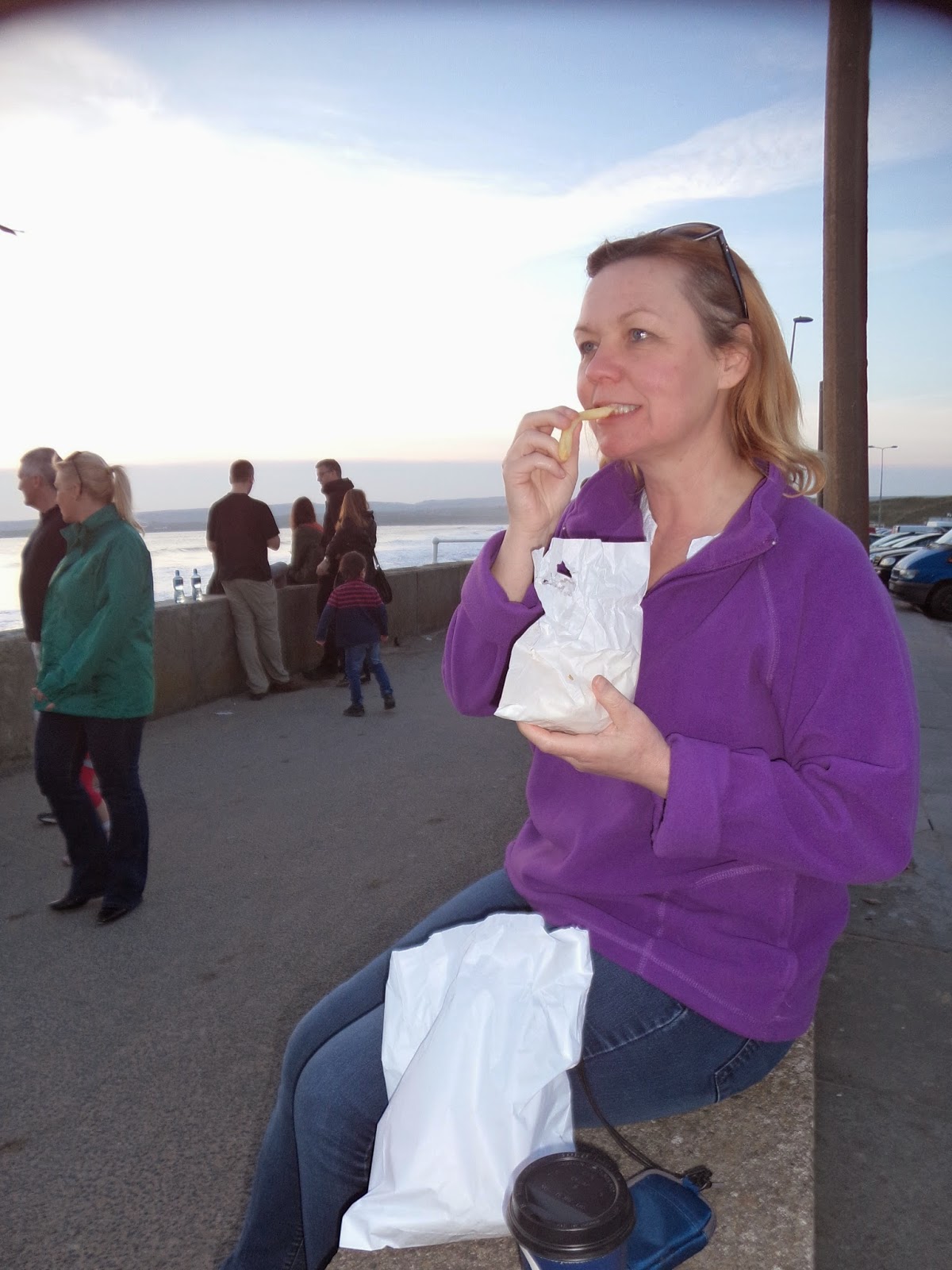 Has to be one of my top 5 meals EVER! 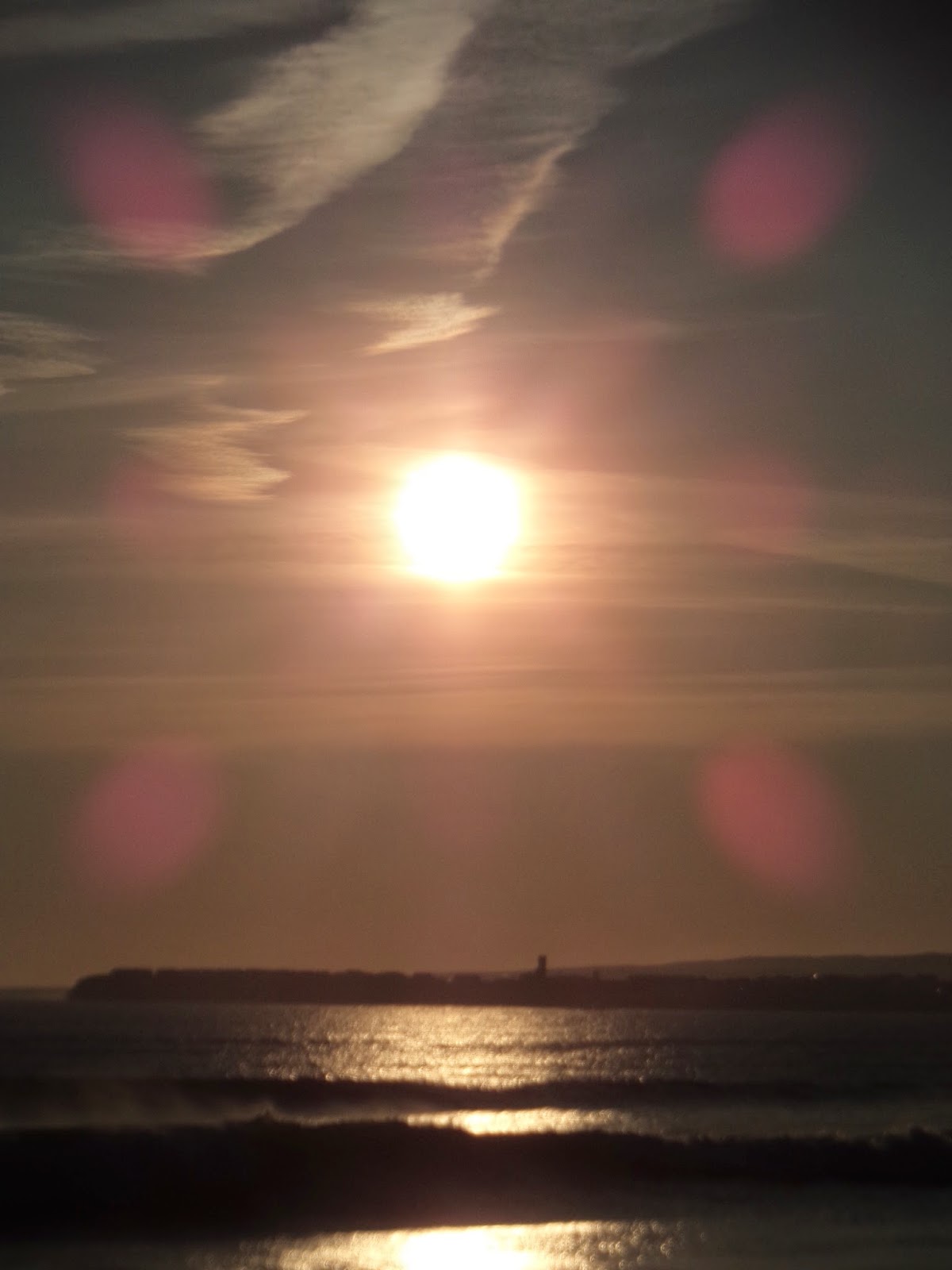 And as the saying goes, we left nothing behind but our footprints. 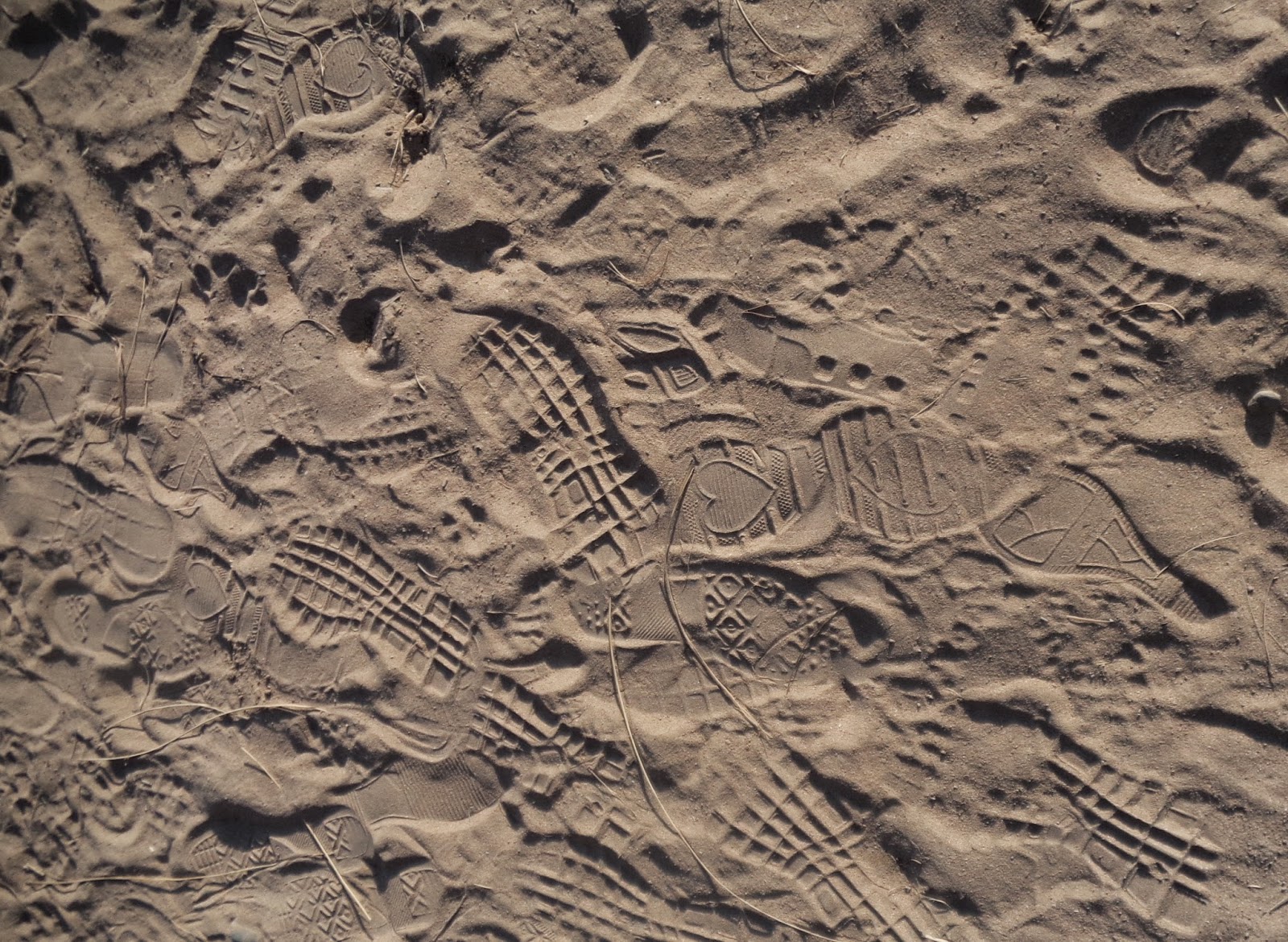 I wandered lonely as a cloud.... 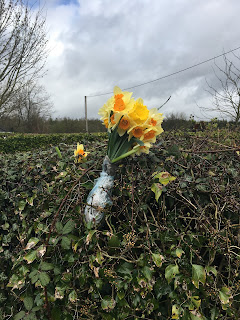