Okay, so I'm a bit of a drama queen!
My favourite form of drama has to be panto.
I am aware that panto has gotten a bit of a bad press over the past number of years. This is because many drama groups think that panto is an easy form of drama and that anything goes.
WRONG!
Panto is a very difficult art form and there are strict rules to adhere to. If you don't, you end up with a very amateur, second rate production.
I am very happy to say that I cut my "panto" teeth with Leixlip Musical and Variety Group, who are a leading force in Irish panto productions today. 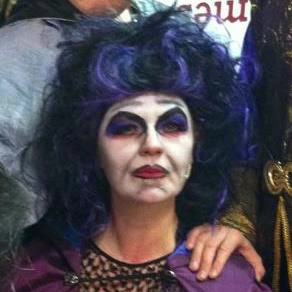 For some strange reason, I have been cast as the "Wicked Queen" or "Evil Stepmother" in all productions. I have no idea why!
I remember, a couple of years ago I was involved in "back-stage left" in a panto and I was awaiting the birth of my first grandniece!!! Megan arrived on a Saturday night during a show, and when my sister told me of her arrival, I replied
"Brilliant! I can't wait to bring her to her first panto".

This Christmas I had decided that I wasn't buying my two grandnieces or my grandnephew an object for Christmas. They had more than enough toys and clothes. Instead I was going to buy them an experience. As that little baby Megan was now four years old, it was now time to introduce her to the magical world of PANTO!

Myself and her mother and her granny and Megan headed to Cinderella in The Helix. I was very nervous beforehand as I didn't know how she would react. I just wanted her to love it and enjoy the magic as much as I did.
It started. As a teacher, I know the attention span of a four year old is about ten minutes, and then you have to change the lesson. Megan was on the edge of her seat for each hour long act, never taking her eyes off the stage. She sang along to "Let it Go", booed at the two ugly sisters, and shouted "Oh no, you're not" at the top of her voice! I must admit, although the show was BRILLIANT, I did get as much joy from watching her reaction as from the action on the stage. It was a whole new way of looking at panto for me!
When you have three generations of a family dancing away in the dance-off at the end of a show, you know you have a moment to remember. After the show, when she was jumping up and down with excitement, saying "Thank you Noeleen for bringing me to the panto" I just thought
"Well I've introduced you to this magical world. I hope you continue to love it as much as I do!" 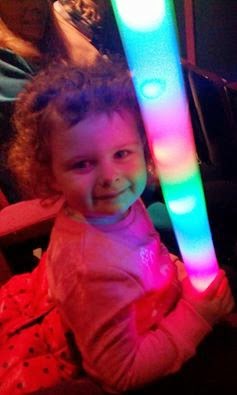