Back to the future

Every Christmas the women of our family get together for a bit of a knees up. This year, in honour of the decade in which I was born, my sister said that she would host a 60's party in her house for our aunts, cousins and nieces.
Being the super organised person that I am (!) I found myself at 6 o clock on Saturday evening, furtively  taking in the dress I'd bought online.
Thank God I made the effort, as when I arrived at my sister's house there were a lot more cars than I expected. I was over the moon to see  all my friends, namely "The Raharney Women" there as well.

In fact the only honorary man that was there was my brother-in-law Michael, who was doing DJ. 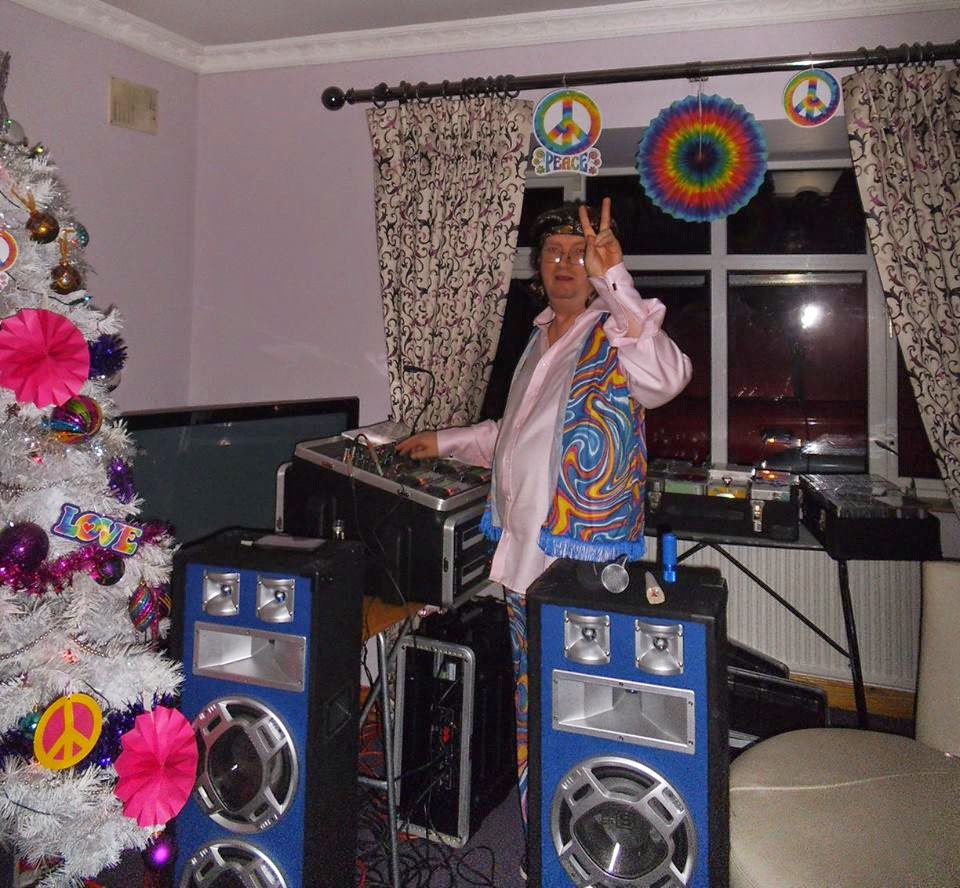 After the obligatory photoshoots...
Sisters 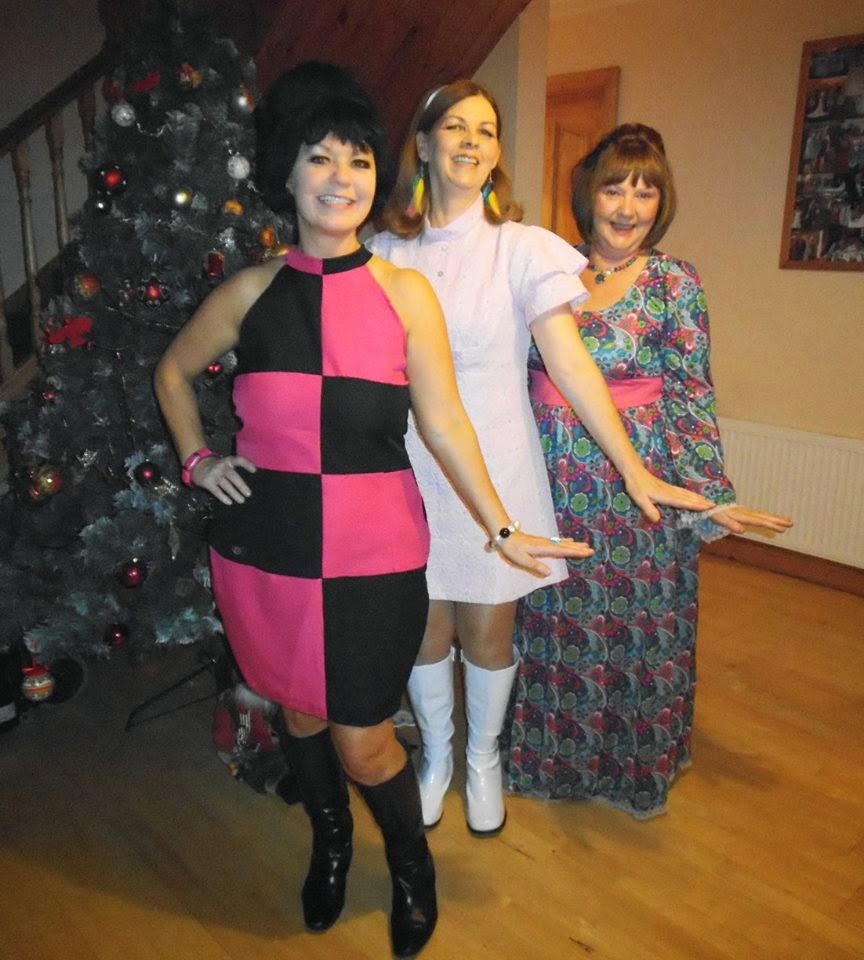 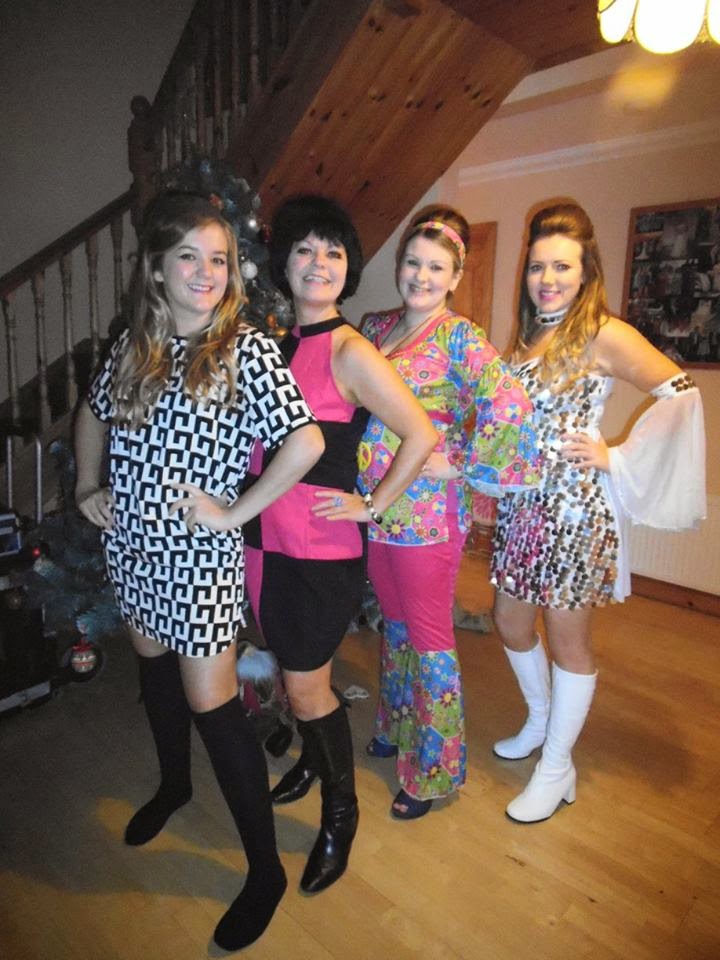 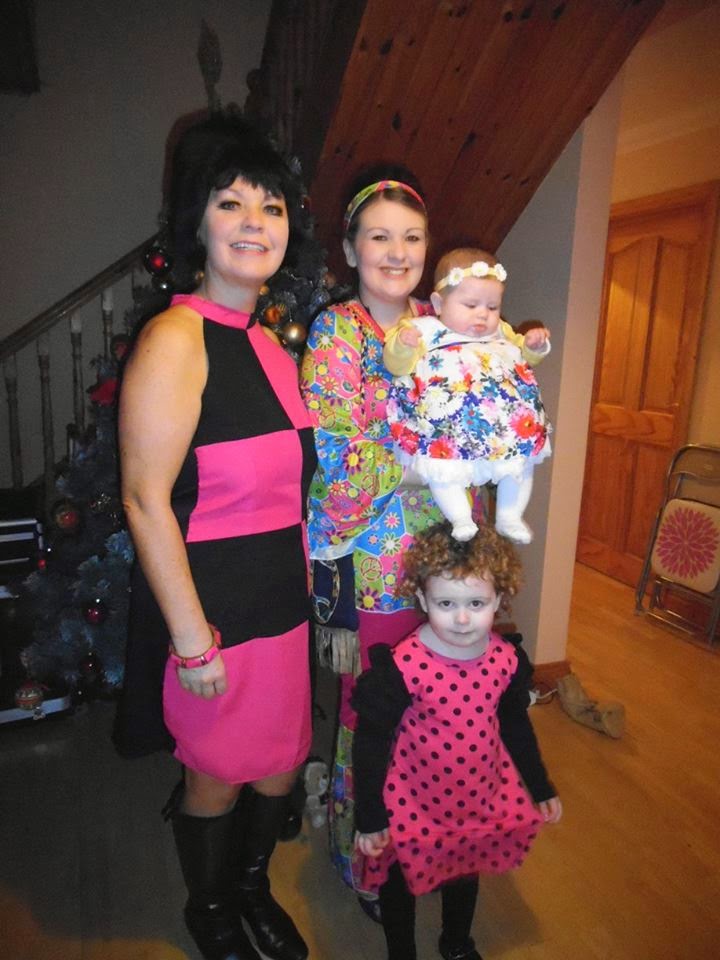 It was onto a night of chat, food, drinkies and dancing.
The nicest surprise for me was my cake, a replica of Roxy! 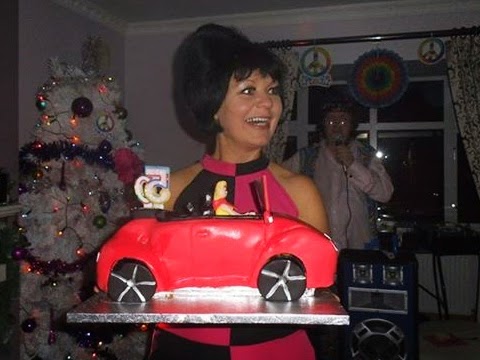 It was perfect, right down to the registration plate. It seems that one day while I was visiting, my nephew had snuck outside to take photos of Roxy, to give the confectioner. 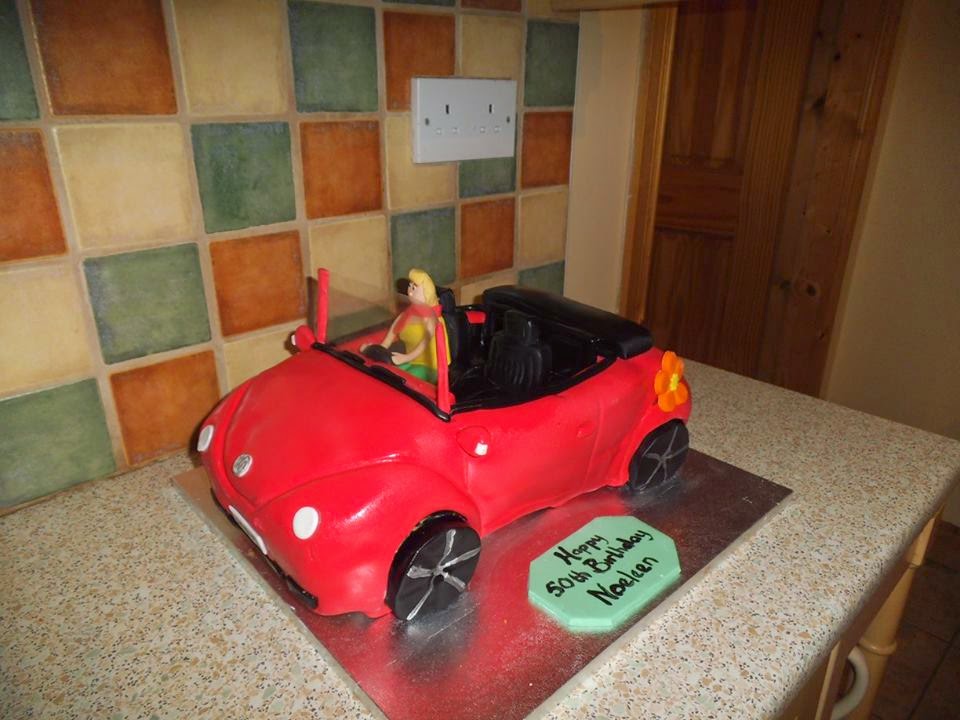 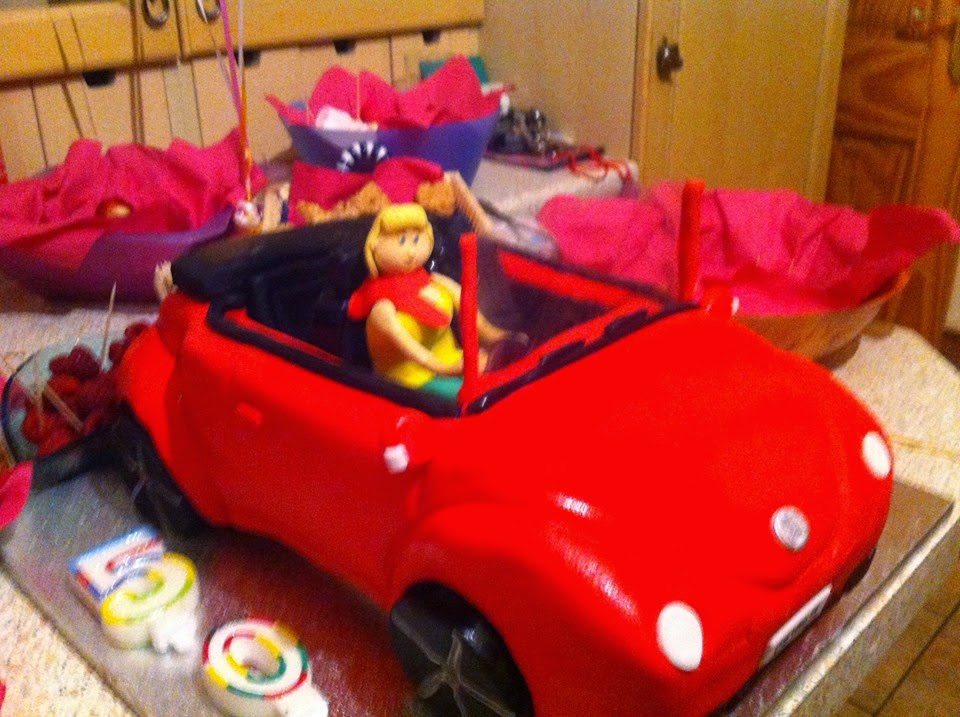 Before she made "me", she asked Lauren if I had any distinctive features. Lauren replied
"Big boobs!"
Here I am.... 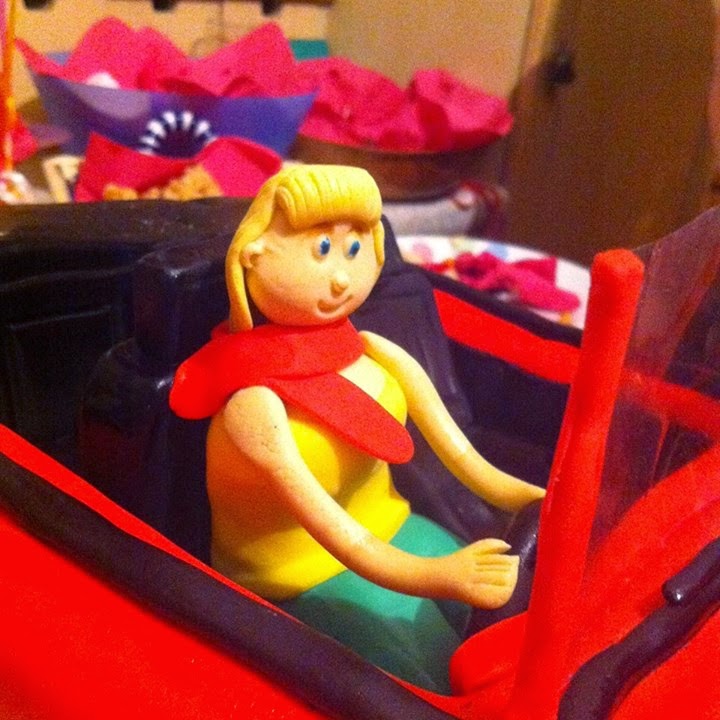 It was such a shame to cut it, but it had to be done. 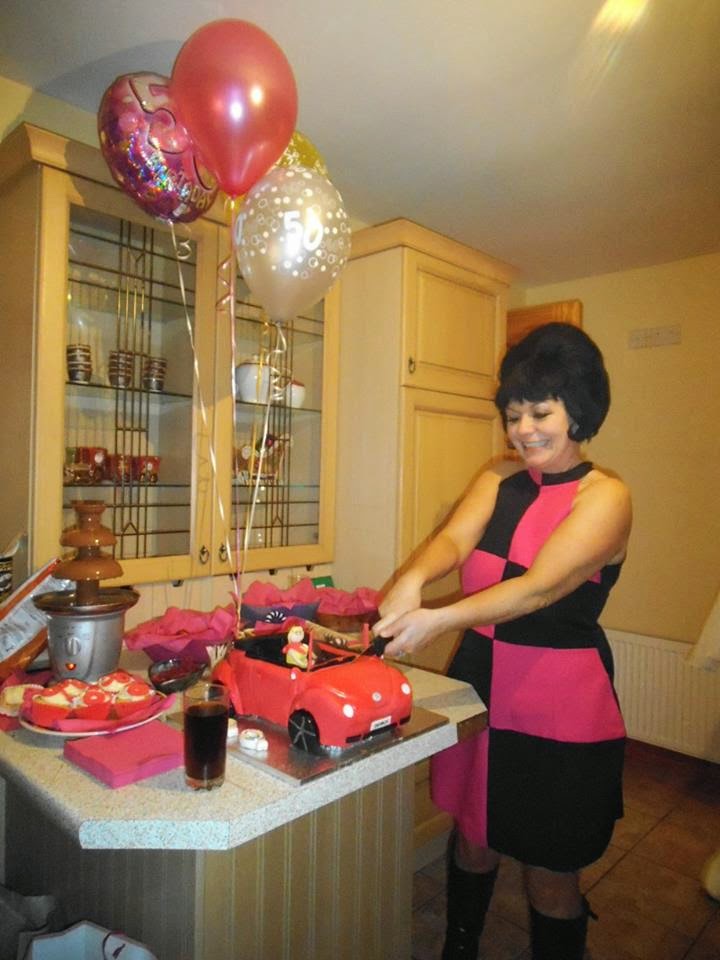 Roxy looked as if she'd been in a car crash! 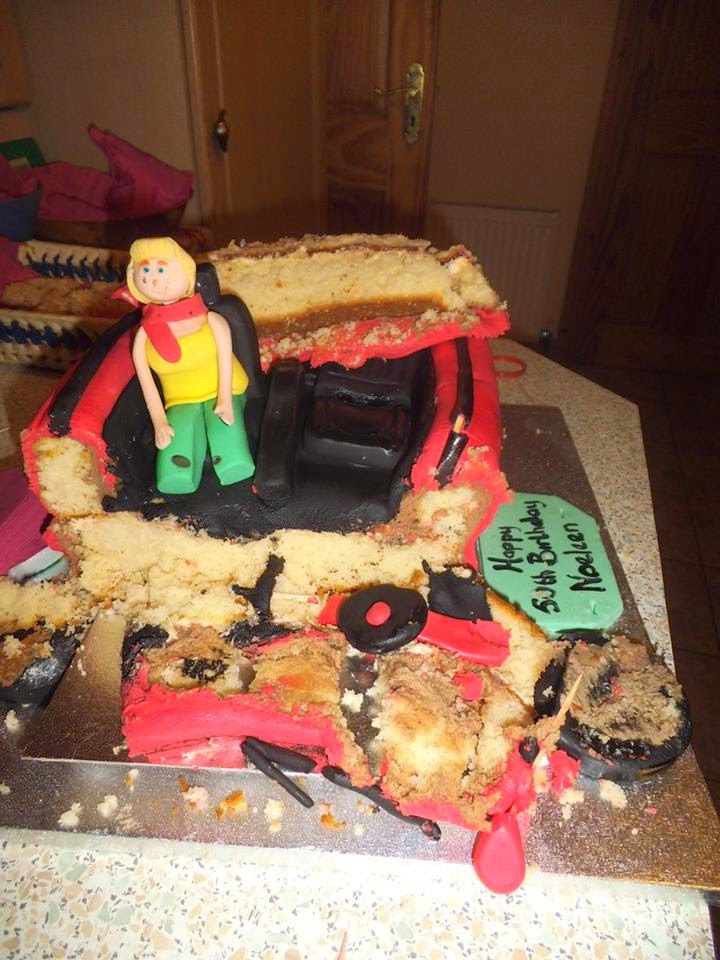 The party went on until stupid o'clock. I just want to thank my sisters, sister in law, nieces who organised the night, and also to my friends who helped me celebrate the big 50.
It's a night I will never forget.
at December 22, 2014