I was out in town (Mullingar) on Saturday night. We ended up in Club Bed. It was there that something happened to me that hasn't happened to me in years.
A guy asked me out to dance!!!
Does that even still happen any more?
After I had recovered from the shock, we took to the dance floor to throw a few shapes. Then he asked me if I'd like a drink.
It would have been impolite to refuse.
He came back from the bar with it, handed it to me and then came out with the ultimate chat up line.

"I won't beat about the bush. I have a woman at home....but you're very pretty!

I nearly spluttered out my vodka and coke.
Well at least he was honest I suppose. Most men would leave out that bit until much later in the relationship! 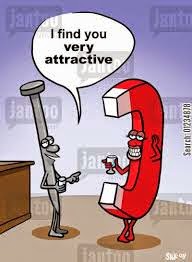