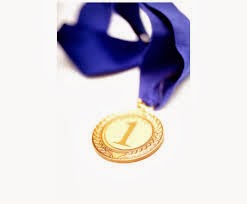 Taking part in school's sporting competitions is a two-edged sword.
There is the physical exercise aspect of it that is so important in a country where now 5% of our five year olds are classified as obese.
Also it is great character building to be part of a team. The discipline that is required to train in all weathers will surely serve the children well in other areas of their lives.
But the down side is the pressure that is put on the children to win, both by teachers and parents. I have been a witness to the "well-meaning" abuse that has been shouted out to children from the sidelines.
Then there is the disappointment of not winning.
Though being a teacher, I feel that this too is an essential lesson that every child needs to learn.
You win some, you lose some!

Our girls' football team took part in the Schools County Final for the second year running. And for the second year running, they lost. This is despite the fact that they played their hearts out and left their guts on the pitch!
One girl in particular played a blinder of a game. She was in centerfield, scored goals and points from the forwards and blocked many a save in the backs.

Yesterday our school received a letter from our winning opponents. In it they complemented our team on the sporting and spirited way we had contested the Final. Their teacher commented on the girl who had played so gallantly and never gave up. In the letter he enclosed one of his teams winning GOLD medals and said that she deserved it for all her efforts.
I thought that was the most fabulous thing ever.
It's easy to be gracious in defeat, it's not always easy to be so gracious in victory.
at November 29, 2013