One of my main wishes in returning to Abu Dhabi was to visit Sheik Zayad's Grand Mosque. When I went to live in Abu Dhabi in 1999 it was being built, and when I left in 2004 it was still being built. Now I know why it took so long.
It has rightly earned its place in the top 25 attractions in the world, alongside the Taj Mahal, the pyramids in Egypt and Petra in Jordan. 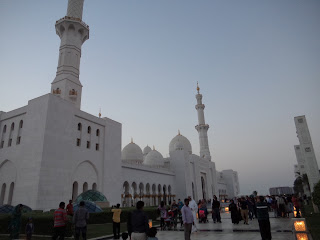 It has been in the news in recent weeks as Rihanna was kicked out of it for engaging in an inappropriate photo-shoot there. 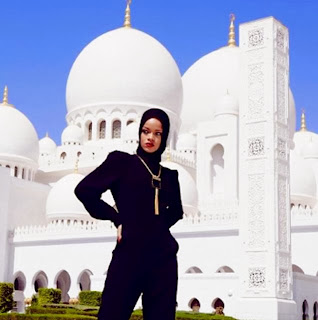 This is how its done properly, pet! 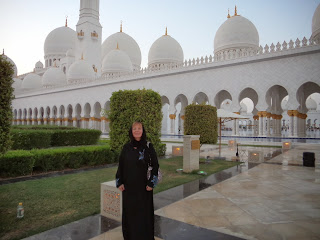 I even had a Princess Diana moment. 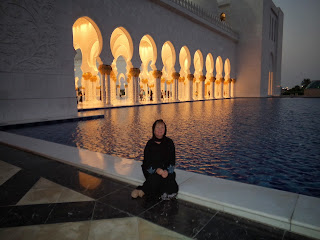 We went in the evening time which meant we saw it in sunshine, twilight and darkness. I couldn't understand how the sky was a fabulous purple colour until I later read that the lighting system was designed to reflect the stages of the moon. Lights of a soft bluish grey colour are projected onto the marble. The colour changes over the course of a month. 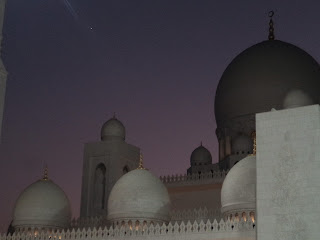 The interior was even more impressive, from the 12 ton chandeliers...... 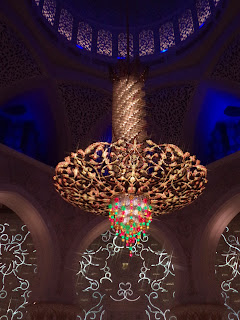 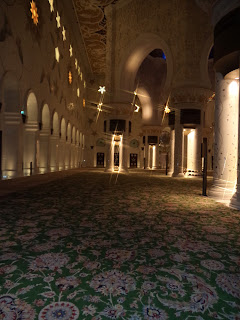 We paid our respects at Sheik Zayad's tomb. The Koran is recited over it 24hours a day, every day of the year. I presume its not the same poor fella singing it. He looked mighty weary while we were there. Obviously no photos could be taken.
It was dark as we were leaving. I loved the stories of the Arabian Nights when I was a child. And this is exactly what I imagined the palaces to look like. 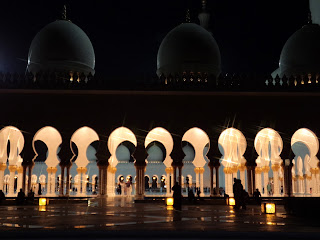