There is more than one direction in life. 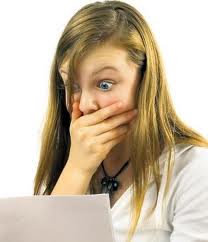 Ireland awoke this morning to much angst and worry. Leaving Cert results were due out. I remember my results day. I was actually down in the Gaeltacht as I was preparing for my interview for Carysfort college which included a section in Irish. Many of the group leaders had gotten their results as well. This was pre-mobile phones so my sister had telephoned my results into the office. I had to go in to get them. The principal congratulated me and said that I could go out and celebrate with the leaders. I was horrified as I thought I'd have to speak Irish to them all night, so I declined!
I also remember the morning of our first exam. We were in assembly and our head nun was praying with us. She said
"Let us pray that we all get what we deserve."
I thought that was a really mean thing to say. Who just wants to get what they deserve? We always want more! And surely it's the people that didn't study that much that needed the prayers more?
To all Leaving Cert students, I hope you got what you were looking for, and if you didn't, then remember
"There is more than one way to skin a cat."
If you don't get enough points, there are always other ways to get the course that you want. And even if you can't get it, then maybe your life is supposed to go in another direction.
Which brings me along nicely to my next question

Was Niall Horan made Minister for Education while I was away?

I went into the stationery shop to get some supplies for school. As I walked down the school aisle I did a double take. I thought I must have taken a wrong turn as I was surrounded by pictures of One Direction. 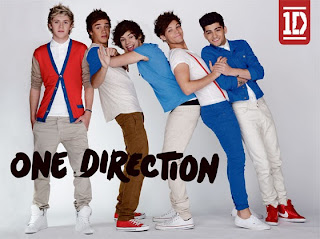 There were
*I mean "erasers", not the other kind. They were marketed by the bigger boys in JLS!

Do these people not realise that it's us poor teachers that have to look at these fads for the next year. Though I must admit that I quite enjoyed the Twilight phase!