The gospel according to Noeleen

What I love about sun bathing on the balcony is that I can surf the net at the same time. I have discovered Daily Mail on-line and it is the perfect brain dead read. There have been many articles about Turkey in the past few days and none of them favourable. They include accounts of riots in Istanbul, stabbings in Marmaris and 15 year olds  running away with/being abducted by Turkish waiters. The comments on these stories range from
"Turkey is a hell hole and no one should go there"
to
"I've been to Turkey and it was the most beautiful, friendliest place ever."
My personal experience covers both sides.
The first time I came to Turkey was on a girlie holiday to Kusadasi, many MANY years ago. The days were spent lying by the pool while the nights were spent being dragged into bars by over zealous Turks who refused to take no for an answer. I will never forget Saturday night on Bar Street, one of the most terrifying experiences of my life. The aptly named street was about half a mile long and very narrow. On Saturday night the locals came into town and the place was thronged. I remember trying to push our way through a wall of bodies, in an attempt to get to our favourite bar. All I can remember thinking was that if a fire/row broke out, we would be trampled to death.
I vowed never to return to the country. When my brother bought an apartment down in Mamuthlar my opinion remained unchanged. For the first few years I declined all offers of a holiday place in the sun. When my family returned home, gushing with stories of great craic, lovely bars and terribly friendly waiters, I smiled ryely and thought
I've lived in the Middle East for five years, I know what these men are really like. My family are being naïve.
It was only when a family holiday to Turkey was arranged after Dad died, that I said I had better go. I was wary about spending two weeks with all my family.....and they were twice as wary of spending it with me!!! I arrived here in the summer of 2008 and the rest, as they say is history!
It was exactly as my family had said it was. My revised opinion was based mainly on how they treated my Mum. We would go out for dinner,all  the Lynams on tour! Our group included my mum, my sisters, my brother, brother-in-law, sister-in-law, teenage nieces, pre-teen nephew, someone's niece....and me! Despite the fact that there were several young, leggy blondes in our group
and I don't mean me!
the waiters immediately went to Mum, made sure that she was seated and looked after. They have such respect for the eldery and children. Of course they are working in tourism and its good for business but there were always little things done that went above and beyond the call of duty.
Proof of the pudding is that 5 years later I am still summering here. I would have had a 95% positive experience here. No place or race is perfect, but I do think that in a lot of cases you attract what you believe in.
A few nights ago my friends and I ended up in Klas disco.
You can tell by its name that it might be bit of an over statement!
It was my first time there in the five years. As I made my way back from the toilets I was stopped four times by four different waiters from various restaurants and bars I go to. The four conversations were practically identical.
"Wow, great to see you here."
Kiss, kiss on either cheek followed by a look around.
"Who are you here with?"
"My friends are over there at the bar."
"Which friends? Where are they?"
At which point I had to physically point out my friends, who waved over.
"Ah yes, I see. These are good people. So you are not on your own. Is everything all right? You will be okay?"
"Yes, of course. Thank you."
"Good. Have a good night. But if there is any problem, please tell me."
"Sure. Bye."

They were concerned that I might have been there on my own or with "unsavoury people". Perhaps they were worried about the tips they would lose if anything happened to me, but I do think their concern was genuine. I have been out in Mullingar many, many, many times and no innkeeper has ever asked me if I was okay.

And now, my dear brethren, I will end today's sermon with a story from one of my numerous self-help books! 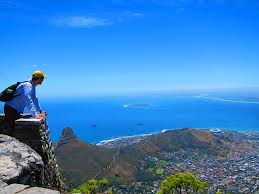 A wise man was sitting on a hill top, overlooking a walled town in the valley below. A weary and foot sore traveller trundled up the pathway to where he sat in contemplation.
"Tell me, oh Wise One. Should I stop in that town for the night? What are the people like there?"
The Wise Man paused and then asked him."
"Tell me, my friend, what were the people like in the last town you were in?"
"They were terrible. I found them to be unfriendly and rude and ready to trick you out of whatever they could.
"Then you will find the people in this town to be the very same," the Wise Man replied.
The traveller shook his head, changed his direction and wandered on, bypassing the town.

A few hours later, a second weary traveller ventured the same way.
"Tell me oh Wise One. Should I stop in that town for the night? What are the people like?
"Tell me, my friend., what were the people like in the last town you were in?"
"I found them to be lovely people. They treated me well, shared their food with me and gave me shelter for the night."
"Then you will find the people in this town to be the very same."
Amen

Now I'm off to the beach!