My guilty pleasures would include "Freaky Friday" in which Lindsay Lohan and Jamie Lee Curtis play the parts of mother and daughter who change bodies and have to live each others lives to hilarious results.
Yes, Lindsay was an actress until she totally lost it.
In the past week I have had to answer the question
"Is this your daughter?"
many, many times. Now I have no problem with this as they also think Emma is about 15 as opposed to her real age of 25.
She is totally p***ed off with this, but I keep trying to tell her that she will SOOO love looking 10 years younger than she really is when she is 35.

We were wondering what would happen if we changed places for a day. I might have known there'd be an app for that! 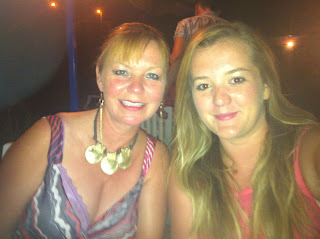 If we swopped faces, I'd have long hair and Emma would have boobs! 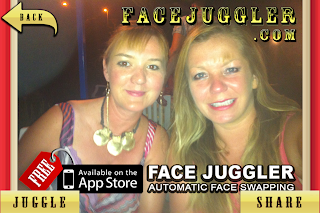