And you wonder why I hate birds!!!

I told you a while ago about the problem I had with a pair of love birds that were trying to build a nest in my extractor pipe leading into my oven.
http://www.nols-agirlforallseasons.com/2013/04/horror-of-horrors.html
Well the drama didn't finish there. I went off for a hen weekend the following Saturday. It must have been windy back home in Raharney because when I returned, the wind had blown away the glove...and the little feckers had moved in.
Now I know the meaning of the saying "They'd build a nest in your ear".
As they had begun nesting, I didn't have the heart to evict them. So every morning I put up with the sound of chirping that rang out of my kitchen cupboards. It was so loud that I was afraid to open them even though I knew there was no way they could get through the wall. It made my stomach turn in fear so I used to grab my Weetabix and retire to the sitting room to have my breakfast.
Then came the lucky morning that there was no sound from them.
Great. They've flown the nest.
I replaced the broken cover leading into the pipe  so that they, or their friends could not return.
A few mornings later I went into the kitchen.
"Phew. What's that smell?"
I searched around and put out the rubbish bag and any other offending items. Off I went to school.
When I returned that evening it was like entering a murder scene from CSI. The smell was nauseating. It suddenly dawned on me. The little buggers hadn't flown away...they had died and were now
DECOMPOSING IN MY WALL!
Ghostbusters, in the form of my brother-in-law were called.
Firstly he nearly fainted with the stench when he went to examine the pipe.
They hadn't build their nest in the pipe, but rather right down in the cavity of the wall. He could only manage to remove some of the nest. The rest was too far down to reach. I had to wait for nature to take its course.
It was only this morning, several days later, that my house is completely odour free.
My phobia now takes second place to my absolute hatred of anything feathered.
I will show no mercy to any of them that dare come near my house again. 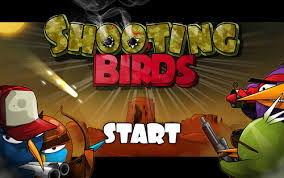