Sure a change is as good as a rest. 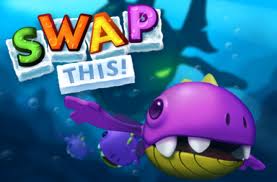 I was returning back to my classroom with the next door teacher. She came in as I was returning something that I had probably "borrowed" from her months ago. My class looked up when they saw her and said
"Oh is Ms. X going to teach us today?"
"Why? Would you like her to?"
There were murmurs of agreement.
Then one bright spark announced
"Yeh. It would be just like "Wife swapping"!

I sincerely hope that he was referring to
WIFE SWAP: The TV programme in which the matriarchal figures swap families for two weeks, running the new family according to their own differing rules.
as opposed to
WIFE SWAP: "Throw your keys into the bowl on the table and see what you pull out!!!"
at April 09, 2013