I don't know what it is about Turkey but we tend to lose the run of ourselves. Maybe its because it so far removed from our everyday routine that we tend to actually believe that anything could happen here. Nothing will ever top "The Best Wedding-ever" that we had  a couple of years ago.
http://www.nols-agirlforallseasons.com/2010/07/big-phat-turkish-wedding.html
This time, I didn't realise that the two women had "let it slip" to someone that I was really a princess. Under no circumstances was anyone to mention it to me as I was here incognito, and was trying to have some semblance of a "normal life". I finally twigged what was happening when I got this note! 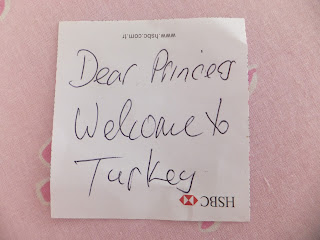 Of course it has become the running joke of the holiday. I was even given my own special cup! 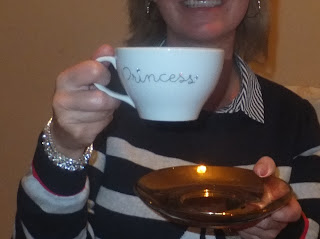 I was really getting into character and getting used to the royal life. Then Paula decided that I was becoming too Princessey and it was time that I was brought back to reality! She sent me this picture to remind me of what Princesses end up looking like... 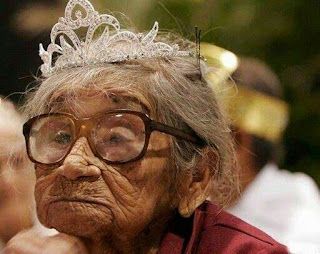