Thou shalt not commit adultery

I could take it no more. For almost a week I had been strong in my willpower and refused to give into temptation no matter how many opportunities were put in front of me. Every street I walked down I could seen them beckoning to me, to avail of their services.
Why was I saving myself just for HIM? He might never return.
In the evenings I looked out from my balcony to HIS apartment, where for the past few years he had worked his magic. I would walk in there most evenings, feeling hot and sweaty, and re-emerge thirty minutes later totally rejuvenated. Now, it stood empty and desolate. Once or twice my heart leaped in my bosom as I thought I espied a little flicker of light over there, but it may have been just wishful thinking.
Yesterday when I got up, I decided that "Enough is Enough.". I wasn't going to spend the rest of my time in Turkey pining over previous holiday encounters. Today was the day that I was going to forget about Ibrahim and cheat on him by going to.......
ANOTHER HAIRDRESSER!
But who to go to, that was the problem. Your choice of hairdresser can make or break your enjoyment of a night out. I got a recommendation from a friend and off I set to find a replacement coiffure.
My heart was pounding in my chest as I got nearer my destination. I hoped he would be gentle with me and leave me satisfied. After all I would be paying him good money!
And this truly happened......
I was just about to turn down the street and past the point of no return when I espied something familiar in the distance. I stopped in my tracks and the figure slowly approached me. He too narrowed his eyes quizzically as he tried to determine who I was. Suddenly his eyes lit up in pure joy.
IBRAHIM!!!
We fell into a tender embrace amid much kissing of cheeks.
Just like a scene out of "The Notebook"!
"Where have you been?" I admonished him. "I save my hair just for you....and look at my roots?"
His eyes opened wide with delight at the sight of my untended locks.
"I make new design in the salon. It is almost ready. When can you come?"
"Well when are you reopening? The sooner the better."
"Well for you, my best customer I will open this evening."
Bring it on.
And so, at five o'clock that evening I was happily ensconced in his chair, discussing what style I wanted. I may have been almost overcome by the fumes of the recently painted walls....but I didn't care. I was back in the capable hands of the man who knows exactly how to please me. 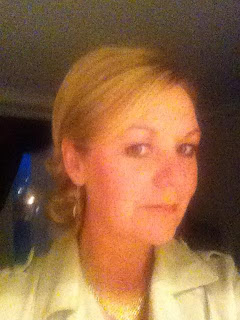 And to think that if it had been two minutes later I would  probably have lost him forever!