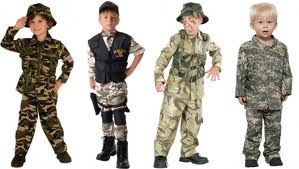 It's that time of year again, Christmas pageant time. Teachers all over the country are up to their tonsils in tinsel and glitter. This year we are being very ambitious and putting on The Xmas Factor starring 163 kids!
Even Les Miserables hasn't that large a cast.
But its actually not as crazy as it sounds. Each teacher is responsible for a group, namely shepherds, kings, stars or soldiers, and prepares their own class. Then we'll bring it all together, with my class providing the links such as judges and hosts. The prize for the winners is a part in the Nativity play. But of course it is scripted and they will all be winners and we will finish with a big finale of them all singing.
Well that's it in theory. I'll let you know how it's going next week when I'm tearing my hair out to the strains of "Never again!"
Parents were given a note, asking them to provide a cheap and cheerful costume for their child. One mother whose son is in the soldiers' group, went into his teacher this morning in a bit of a quandary.
"I'm just wondering what sort of a costume you want them in as a soldier?"
"We're going with the modern type army, you know, combats or army fatigues."
"Oh that's alright then," said the mother with a sigh of relief.
"I was thinking along the lines of a robe and a tea towel on his head, but he looked like a member of the Taliban!"
at December 06, 2012