First Day back at school.

All good things must come to an end.
Never in the history of the State has there been a more contentious issue that that of teachers' holidays.
TD's holidays, which are waaay longer rarely get a mention.
I make NO apologies for mine.
Every time someone opens their mouth, after discovering what I do for a living, hell bent on berating me about my summers off, I immediately cut them off at the pass by saying
"Yeah, yeah, you're dead right. Why work when you can teach?"
Now, I don't believe that for a minute but I find that it usually knocks the wind out of any argument that they had formed in their minds, and shuts them up!
Recent years have seen more than their fair share of unpleasantries. My wages have been culled, my pension is in serious doubt, pupil-teacher ratio is on the rise and essential services needed for the effective running of a classroom have been swiped from under my feet.
Have I rioted or gone on strike?
Hell no.
I have grumbled but I do believe that, despite the fact that I didn't cause it, this little ole country of ours is in shite and we all have to knuckle down and take our punishment.
HOWEVER.....
lay one finger on my holidays and this worm will turn! In the words of Dr. Bruce Banner aka The Incredible Hulk 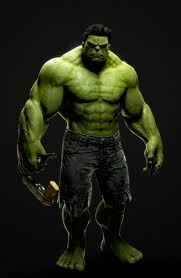 "Don't make me angry. You wouldn't like me when I'm angry."

I am entitled to......nay I DESERVE, every single cocktail I sipped as the sun went down in Turkey this summer.
This week saw the reopening of my school. Teachers were in on Thursday. I had the best day ever in school, organising my schemes
which I wrote over the holidays, just sayin'!
backing all my notice boards with nicely coloured paper and generally getting the place in order.
Then the kids were in on Friday.........
Despite the fact that I have been teaching for over twenty years I still toss and turn the dreaded night before school starts. All sorts of things run through my head
"What will the kids be like?"
"Will they respond to my style of teaching?"
"Will our school be getting a Whole School Evaluation bringing the dreaded cigire this year?" Feck!
And the most important question of all....
"What sort of parents am I getting?"

Friday morning saw me standing in front of 31 eager but slightly worried faces. It's strange the little things that reignite my enthusiasm for teaching. For the past few years I have had a majority of boys in my class. Last year there were 20 of them as opposed to only 8 girls. No matter how I tried to prevent it, I did find myself leaning more towards testosterone-friendly topics. This year the girls are in a 2:1 majority.
Yippee! I hope this means I can teach some One Direction songs and have an indept discussion upon the release of The Twilight Saga: Breaking Dawn Part 2!!!

I always feel an added pressure being responsible for Sixth class. It is a huge year in their lives. There are post-primary schools to be chosen, entrance exams to be taken despite the fact that they are condoned by the Department and of course Confirmation preparation - and all this at a time when their hormones are released and causing havoc with their bodies and their emotions. On second thoughts, I am not so sure about the merits of having all those girls in my charge! Ah well, my hormones have had much more practise at getting their own way than theirs!
So I start a new school year invigorated and ready to take on all the challenges and shite that will be thrown at me this year. And why is this?
BECAUSE MY BATTERIES/ENERGY LEVELS HAVE BEEN RECHARGED WHILE LYING BY A POOL IN TURKEY.
Case closed.

The Law of the Universe states that for every action there is an equal an opposite reaction. That means that for my state of sadness at the finishing of a wonderful holiday, there was someone experiencing an equally strong sense of euphoria.
And I think I found her...... 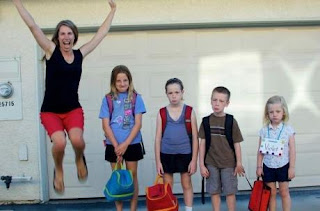 To all teachers heading back to the coalface of education, let me say
May the odds be ever in your favour.
Let the Games begin.......... 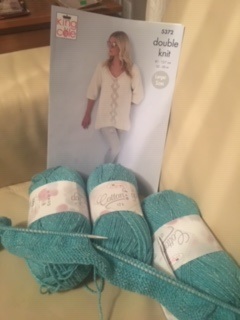