I bet that heading got your attention!
I was out on the town with the girls last night. I was talking to this guy who asked the unusual question
"Do you watch Eastenders?"
I have to admit that I don't. I may have seen about two episodes by accident in my life. Real life is depressing enough without it invading my entertainment time as well!
"Well, you're the image of loud music Butcher."
I missed the first name of who he said, but the only character I would know from reading magazines is Pat Butcher....and I wasn't impressed.
"No, no," he explained."I said Janine Butcher."
"Is she pretty?" I asked, still slightly miffed.
"Yes.........but she's a complete bitch."
That's alright. Pretty bitches get what they want out of life.

We continued onto the next bar. I got talking to a guy I hadn't seen since secondary school. His friend looked at me and said
"Do you know who you're the spit of?"
This time I was prepared.
"I have an idea, but you tell me first."
"Yer wan out of Eastenders, Janine. Here, Dave, who does this one remind you of?"
His friend was returning from the bar with a rake of pints in his hands. He threw a quizzical eye over me and said
"Oh, that bitchy one, Janine on the telly."
I was becoming quite used to this fame by association.
"I've never seen Eastenders," I explained. "But I'm definately going to watch it this week."
"Oh, Jaysis. Don't start this week. She's about to give birth."
Oh great. So I look pregnant, then!

We continued onto Club Bed, where we met Gillian and her friends. One of them came straight over to me and said
"I just have to say that I saw you earlier in the bar and I did a doubletake. Do you know who I thought it was?"
"Eh, would it be Janine Butcher?" I ventured.
"Yes. You must get that all the time."
"Well, actually never....until tonight. 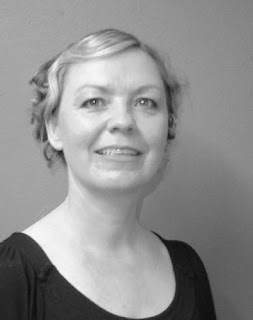 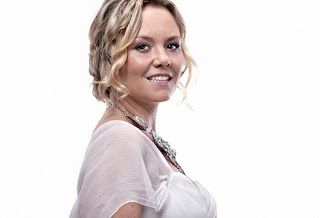 First thing this moring I googled my doppelganger. I can see a slight resemblance, but nothing that warranted all the attention last night. But I'll take it. After all, it could have been Pat!
at July 01, 2012