You'd never believe I have a degree in Geography! 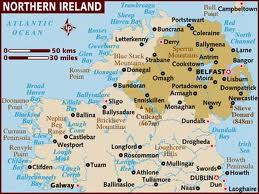 It was the morning of the School Tour....and things had not gotten off to a good start.
The previous afternoon I had warned my class to be at the school and ready to go at 8.00am. Woe betide anyone who was late as we would not wait for them.
So why was I booting it towards the school at 8.09am? I had set off in plenty of time but suddenly I slammed on the brakes and squealed
"Feck. I've left the cheque to pay the adventure centre in my other bag."
So I had to do an illegal u-turn in the middle of the road and head back.
As I rounded the corner to the school I had an initial second of exhiliration. The kids were all lined up but there was no sign of the bus.
"Brilliant. I'm not the blame for us taking off late."
To be followed by the realisation.
"Why ISN'T the bus here?"
It eventually arrived and we set off.
We arrived at the East Coast Adventure Centre and the fun began in earnest.
There was a zip line to be navigated from treetop to treetop
which I did. It was brilliant.
And then there was pier jumping 10 feet into freezing choppy water, jet skiis and banana boats, all involving falling into the aforementioned subzero waters
which I certainly DIDN'T do!
I headed to the nearby hotel to get lunch. I was about to tuck into my crepe when another thunderbolt hit me
"What country am I in?"
No, I hadn't been abducted by aliens, my memory wiped and me deposited back down somewhere on Earth. It was just that the adventure centre was near Carlingford but I wasn't sure which side.
If it was the Co.Louth side, then I was still in the Republic and could pay for my lunch in euro. Whereas if it was on the Co.Down side, then I was "up North" with no sterling currency.
I was far too embarrassed to ask anyone such a bimbo question. Another brainwave. How do you get the solution to any problem nowadays?
Why, ask your iphone, of course!
I took mine out and looked at the service provider in the top lefthand corner.
O2 UK
Damn. I have no sterling to pay. Luckily I had my credit card....which is still offering me credit, for the moment at least.
Later as we were heading home on the bus the kids were bursting with excitement over the day.
My idea of hell, but each to their own.
Then the wailing and pleading started.
"PLEASSSSSSE Miss. Can we have tomorrow off?"
"Do we have to go in?"
"You deserve the day off. We're saying you can have it."
"Listen kids. There is nothing I'd like better than to give you tomorrow off. But I'm sure the Minister for Education would have something to say about that."
"Is there NO WAY you can give us the day off?"
I thought for a moment and said
"Well if Ireland beat Spain tonight by two goals, you can take the day off."
A groan of lost hope went up.
As of the moment, the match hasn't started. All I'll say is, if Ireland perform that miracle, there won't be a person in Ireland at work tomorrow. And Angela Merkel can hump it or lump it!

We continued on our journey home. The pleading started again.
"Miss, please turn on Spin 1038 on the radio." I obliged. A few minutes later the announcer said
"And now a request for the best teacher in the world....Miss Noeleen Lynam!"
There was a cheer from the bus. To say that I got a warm fuzzy feeling all over is an understatement. I'll even overlook the fact that they had requested Justin Bieber's new song for me.
Sometimes the day starts off badly but ascends into Happiness!
Now, come on Ireland!!!
at June 14, 2012 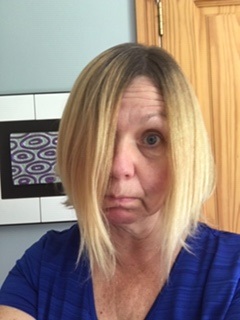