The next time someone mades a snide remark about all the time teachers have off in the evenings, I am going to smack them in the mouth.
What has this Primary school teacher just spent a valuable hour of her life doing? Let me enlighten you.
Earlier today during Science lesson.
"Right everyone. We are going to do an experiment on bones to see how important calcium is. In your groups you are responsible for collecting the materials needed. If anyone in your group has roast chicken for dinner you can get some bones from that."
"But Miss, it says raw chicken bones. Does that not mean that they can't be from a cooked chicken?"
I read it properly.
"Very good. I was just testing to see who was paying attention. Of course they can't be from a cooked chicken. I will get the bones, you get everything else."
After school in Tescos.
"Okay. Where do I get whole chickens?"
I put my hands up and admit, I have only ever bought chicken pieces, all nicely cut up, packaged and clearly labelled as to what body parts they are.
My luck was in, there was a special offer on a poor lone chicken.
These are recessionary times. Every saved cent helps.
Later that night.
"Oops almost forget about that feckin' chicken. Shouldn't take long."
Now, I've never actually cut up a bird before but I've seen enough Jamie Oliver masterclasses for dummies to know what to do.

Posed by models....obviously!
My first shock was when I took it out of the wrapper and took off the string that was tied around its legs.
IT ACTUALLY LOOKED LIKE A CHICKEN!
I mean, it didn't have a head or feathers, but I could definitely identify its legs and where its little wings had been.
That's not supposed to happen. I've never eaten food that actually looked like the way it did when it was alive.
Taking a deep breath, I got started. It was easy enough to cut away two plump chicken breasts. I was quite pleased with my work.
Great, two dinners.
But then.........I couldn't get the drumsticks off. It would mean cutting/breaking/cracking bones and my stomach just couldn't take that. I then tried to get at the carcass. Try as I might I couldn't get through the skin, sinews and flesh. By this time I really was feeling ill, but I had a Science lesson to get ready.
I turned the body over. Yeuck, that was worse. Turned it back.
I hewed and hacked my way through it and after what seemed like hours I managed to salvage
TWO MEASLY BONES!
My kitchen counter top looked like a scene from CSI: Raharney. There was flesh, skin but no bone all over the place. I rubbed and scrubbed but I couldn't get the slimey, greasy feeling off my hands. I took one look at the mound of meat that had been produced and promptly threw it in the bin.
"That's it. I'm becoming a vegetarian."
I am now totally traumatised and will probably not be able to sleep tonight due to recurring nightmares. To top it all off I know the kids will groan and complain tomorrow.
"Ah Miss. Why do we have to do a full class experiment instead of having enough bones per group to work with. Why couldn't you get more bones?"
Class, be very careful  what you wish for!
Croke Park hours, me arse!
at February 08, 2012 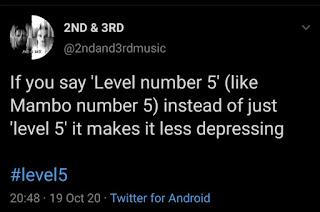