Sandstorm in a tea cup

I went to see Mission Impossible: Ghost Protocol during the week. I thoroughly enjoyed it. The scenes in the Burj Al Khalifa brought back lots of memories. 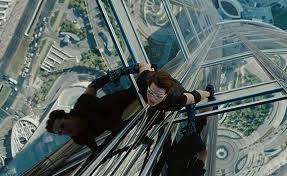 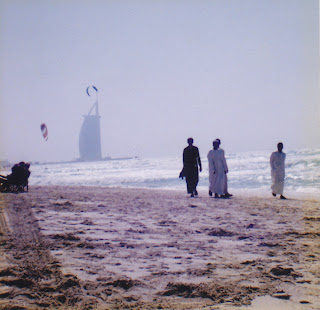 My view of the Burj while sunbathing on Jumeriah beach.
I know which view point I prefer!﻿
Of course when I lived in the Middle East it was called the Burj Al Arab. When I was back there on holidays a few years ago I asked about the name change.

Rumour has it that Dubai was in a spot of financial trouble
A bit like ourselves
And they went to their friend Sheik Khalifa Bin Zayed Al Nahyan to ask for help.
The Arabic IMF
He agreed to a bailout but on one condition. Their most famous landmark was to be renamed after him. Hence the Burj Al Khalifa was born.

Personally I think that is a great idea. I would have no problem with having the Sarkozy Spire in the middle of O’Connell Street, or playing the All Ireland Finals in Merkel Park. Not if it meant a reduction in the whopping interest rates we have to pay back on our bailout to the IMF.
Get working on it, Enda.

I remember one particular sandstorm. Gerardine had driven to Dubai with her two passengers, Michelle and myself, for a spot of shopping. The sandstorm hit while we were there. Now, not as bad as the one poor old Tom Cruise had to fight through, but pretty bad all the same. Fair dues to Ger, she managed to navigate our way home to Abu Dhabi. We got back at about six in the evening. The worst thing about a storm is that sand gets everywhere, in your eyes, ears, nose, mouth, in fact in every orifice! Nothing to do but to head to the Captain’s Arms for an ice cold beer to get rid of the grains from our throats.

We lost all sense of time and so several ice cold beers later it was time to head for home. Taxis in Abu Dhabi were very plentiful. They would be queuing up outside all the hotel to whisk you home. During the day it coast 10 dirhams to get to anywhere in the city. After midnight the taxi drivers would illegally put up the price to twenty dirhams. That was a bit Irish!

The taxi driver looked a bit perturbed and started to reply

“Take it or leave it. If not I’ll get into the next taxi and give him the 15 dirhams.”

He could see that I meant what I said, shrugged his shoulders and set off for home.
I was delighted with myself as I handed over my fare at the end of the journey. I find it very hard to stand up for myself. Anything for a quiet life. It’s amazing what a few beers will do!

I entered my apartment and turned on the light. It was then that I saw the clock.
It was only ten O’clock!
He had been trying to tell me that, but I forced him into taking more money than I owed! Nice one Noeleen.