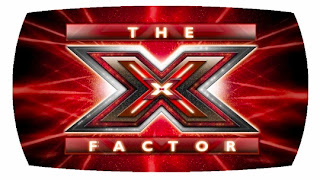 I was googling Ancient Egypt for history class when I came across the date 1300 BCE.
Is this a typo?
No! Further investigation revealed that Christ has been obliterated and it is now Before Common Era.
I don't know about you, but political correctness has gone mad. Like it or lump it, Jesus, Mohammed, Buddah etc are momenteous historical as well as religious figures and references to them are found in all areas of life. You can't just wipe them out. How much more correct would it be to accept our differences and simply.......
GET ON WITH IT!

My huge peeve is the use of the word Xmas. It is a celebration of the birth of Christ. You can either celebrate it or ignore it. But you can't just change Him into an X, and then go and have all the fun!
If you do that then you must also
Now see how confusing the whole thing gets. And don't get me started on the months! January is called after the god Janus, definately a two faced character. So in case it offends someone, lets call it Xmonth 1. And on and on it goes.
But why stop there? Your designer Nike trainers are a no no. They are named after Nike, the Greek goddess of victory. And in all fairness, the Greeks are not exactly winning at the moment!
Why can't we just accept that we have different beliefs...or perhaps none at all. This is what adds fullness and diversity to the world.
Why do some people want to suck the colour out of life and paint it grey?
BORING!
at November 17, 2011