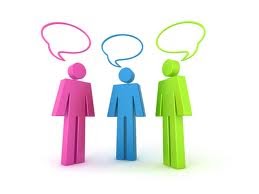 We are in the middle of a debating competition in our class.
Today's topic was
Animals should not be kept in zoos.
The two teams were lined up on opposites sides of the classroom. Nerves were taut and speakers were busy clearing their throats. Just as I was about to start proceeding, a lone voice was heard from the floor

Just remember lads. Whatever you do, don't use the word "envelope".

And boy, is Seán Gallagher's advisor not kicking him/herself for not imparting that gem of wisdom before Monday night's debacle!
at October 26, 2011 13 comments:

A load of bull 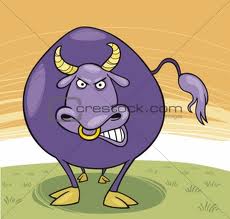 One of the most rewarding moments for me as a teacher is when a pupil transfers what they have learned in one subject to another subject area.
This morning's Irish lesson was on the Aimsir Caite (that is past tense for all my non-Irish readers!)
We changed every possible verb we could think of into the past tense.
Phew, that's that done. They won't forget that in a hurry.
Then in the afternoon in English lesson, it was time for Masculine and Feminine of nouns.
Always a tricky one!
As the publishers were obviously catering for children from a farming background, they were asked to give the feminine of bullock. The dreaded question.......
"Miss, what's the difference between a bull and a bullock?"
Eh, how do I explain that without the boys passing out in fear?
One of the farming lads came to my rescue.
"Easy, bull is the Aimsir Caite of bullock!"
Perfectly explained.
at October 13, 2011 1 comment:

And what was the inspiration behind your change in hair colour?
Well it came from being doused in blood.....and I thought " Hey that colour suits me!"

Flashback to rehearsals for Misery.
Maeve and Jenny were working on the infamous "hobbling" scene. They were trying to see how much blood* to put in the concealed syringe, which would then spurt out at the appropriate moment.
* a mixture of fake blood and Imperial Leather bath gel
There I was standing at the far side of the stage minding my own business......when whoosh!
An arch of red shot across the stage and rained down on my head.
"Oops, I guess that was a bit too much and too strong", someone suggested.
You think??
As I was washing it out I caught a glimpse of it in the mirror and thought
Hmm, that's interesting.
So I found myself at my hairdressers explaining my new look and the story behind it.
Who said blonds have more fun?? 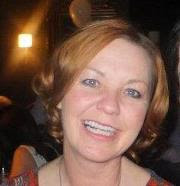 A set-to with set dancers

Last week I was called upon to help out backstage with Bradán Players production of Misery.
Yep, the scary Katie Bates one!
The best thing about working backstage is that you come in on the last week of rehearsals. And you still get the buzz from being on stage....even if it is in the dark!
No learning lines off and rehearsing for months!
Thursday was opening night. I arrived up an hour beforehand to help get things sorted and checked. I saw our director in an animated conversation with the chairman of the GAA club (where the play was being staged) and another woman that I didn't recognise.
I went to my post backstage and it was then that I learned about the REAL drama that was going on.The hall was double booked and there was going to be SET DANCING taking place simultaneously behind a partition in the hall.
Now for any over-seas readers who are not au fait with the energy and noise created by set dancers, just think Riverdancers.....on Speed!
Tom, our director was trying to explain that there was no way that our play could be performed or heard over such a racket, but they were having none of it. He tried to reach a compromise by offering the use of our nearby dance studio which had a wooden floor and nice big mirrors! But the comment was
"Well you use it then!"
Eh, but look at the size of our set. What do we do with that?"
At the end of it all we had to cancel our opening night. I know the old adage
The show must go on.
Well not this time.
There is no way two actors could compete with forty Michael Flately-wannabes hot footing it around the place.
So tonight was opening night, just 24 hours late. 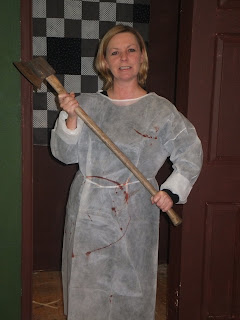 It was a typicial Irish October morning. It was damp, dismal and drizzly, the kind that makes you turn over in your bed, snuggle deeper under the duvet and go back to sleep.
But not this morning!
I'd say the tremor in Ireland read at least 5 on the Richter Scale as the collective beeping of mobile phones got the country up at the ungodly hour of 8.15 am on a Sunday morning. And the reason for this......rugby.
I'm no expert on the game, but I was totally confused by the turn-about in our fortune this week.It was a carbon copy of our economy. One minute we were on top of the world, cruising along and even dreaming of the distinct possibility of reaching the Final.
Imagine.....Ireland in a World Cup Final.....of ANYTHING!
Next thing we were being told....
"If we dont win this, we are on the plane home!
WTF!
How did that happen? Would we not even be second in our pool? It seems not.
Hence the country, including me, was up for the Ireland Vs Italy match.
I'm no George Hook...
Thank God!
so I've no intention of even attempting an analysis of the game. All I saw wwas
Slow first half
Celtic Tiger resurfaced for the first 12 minutes of the second half.
Handbags at dawn tactics employed by the Italians in an attempt to rile the Irish.
Don't they know we've invented that technique
Followed by.....
WIN WIN WIN!
So now our little countey will forget for a moment about bailouts, euro-crisis and the Seven Dwarfs! In the words of Prince
We'll party like it's 1999!
Oh, and Declan Kidney for President!
And I'd like to take this opportunity to apologise to my neighbours for any screams coming from my house. No, I wasn't being murdered, just egging Tommy Bowe over the end line....which didn't count. Boo!
GO IRELAND.
at October 02, 2011 4 comments: