What have U2 and a Duck-Billed Platypus got in common? 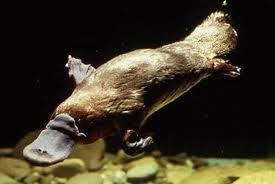 We were doing research into the freak of nature that is the duck-billed platypus. Before the lesson I was going over vocabulary that the class would need.
I wrote the word monotreme on the board and asked if anyone knew what it meant.
Blank faces. I wasn't surprised. The only reason I knew that
monotreme n : a mammal that lays eggs
was because I had a quick glance over the text beforehand!

So to help them out I broke up the word.
" Has anyone ever heard of mono- before?"
Brows were once again furrowed in exaggerated thought, as if the meaning could be squeezed out of the recesses of their brains by brute force.
Nothing.
But I can always count on my class comedian to break the silence.

"Eh, Miss, would that be Bono's brother?" 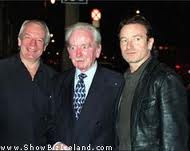