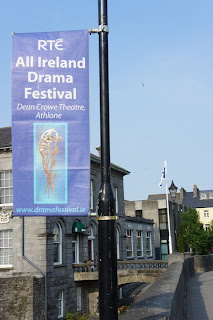 We have reached the end!
Since last November (even longer for the cast) we have been rehearsing and then performing "Tom and Viv".
We have travelled the length and breath of this Fair Isle to take part in various Drama festivals....some we won, some we didn't. But we made it.....we qualified for the All Ireland Finals which were held in Athlone this week.
We were performing on Sunday night. It was hard to believe that we were doing it for the last time 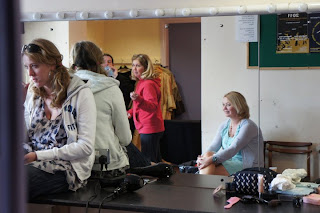 My costume had become my own personal weight-gain indicator! It was "snug" to begin with, to put it mildly,! Each performance told me how well I had behaved in the previous weeks. All I'll say is that the final performance was held two days after I returned from a holiday of debauchery in Turkey. The word "strait-jacket" comes to mind! 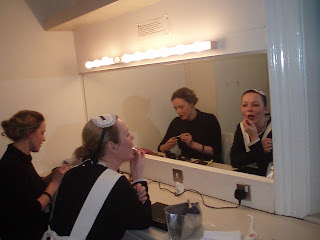 ..........we were transformed into the perfect downstairs/backstage crew. 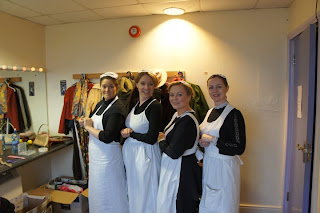 ﻿One final run and it was curtains for us!
﻿ 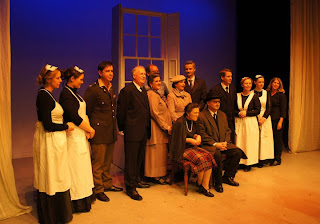 Last night we returned to Athlone for the all important awards ceremony.

Well the back of my head looked good anyway!
WE WON.......nothing!
But we did get five nominations, including BEST STAGE MANAGEMENT!
Recognition at last. Finally someone appreciated the skill that we employed in order to move windows, couches and beds. Trays,hats,briefcases and umbrellas appeared and disappeared as if by magic. Lemons were cut, tea was made and whoopee cushions were delivered right on cue. And who needs the talking clock when you have
1921
1927
1932
1935
1937 and
1947
Okay, so that's an in-joke only Bradán Players will get!
I got on straight away to my agent! 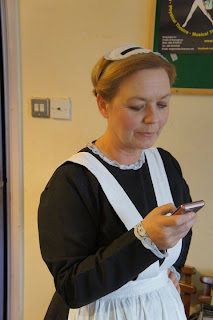