Who did shoot J.R? 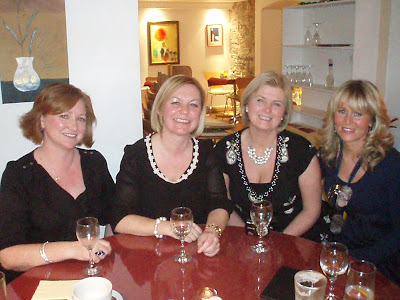 Went out for a "Sex and the City"-esque night out with Genevieve, Rose and Majella. It was actually our Christmas night out, but due to recent adverse weather conditions it could only take place now. It's quite complicated how we all know each other. Majella and I met in 1979 when we were best friends in Secondary school. Then many years later when I was looking for a place to rent, Majella told me about an available house, sharing with....Genevieve. Genevieve got a job teaching in Lucan school. Rose was also on the staff. A few years later Rose went back to college to do her Masters degree and who was in her group but Majella! They became good friends. And so we are all interconnected in several ways.
When I heard at age 12 that I was going to boarding school I was so excited about the idea. At the time I was into Enid Blyton's Malory Towers series of books. I had visions of midnight feasts and dormitory pillow fights.
. 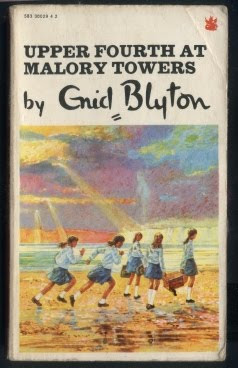 I soon learned a valuable lesson.....Life does not always imitate art!
Catholic education institutes have been in the news recently as horrific cases of abuse have been exposed. When people hear that I attended boarding school they ask me if I ever witnessed any such atrocities. Thank God I can say "No".
The harshest punishment we had for talking in the dormitories after lights out was not being allowed to see "Top of the Pops" on a Thursday night.
Chrissie was the cook. I was always intrigued by her story. She`had been orphaned at a very early age and was taken in by the nuns. When she got older she started working in the convent and then the boarding school. When I was there she must have been in her sixties.
Majella and I were in Sixth Year when the phenomenon that was "Dallas" erupted onto our TV screens. There wasn't a snowball's chance in hell that we would have been allowed to watch such debauchery!
Majella and I used to sneak into Chrissie's room late at night and watch it. I don't think she was remotely interested in it but she just wanted some company. One particular night we were huddled up watching it. J.R was in bed with someone....
It might have been Sue Ellen, but then again knowing JR, chances were it wasn't!
There he was, doing the dirty deed! Suddenly the door of the room creaked slowly open and there in a beam of light stood Sr. Geraldine.
My heart stopped. I don't think I have experienced such a moment of absolute terror since. My academic life flashed before my eyes. I could see my parents being summoned and me being expelled. Panic.
Worse was to come. Sr Geraldine turned to the TV screen at just the wrong moment.
Think back to a time when you were younger, watching a programme with your parents......and a remotely raunchy scene comes on. Take the mortification you felt and multiply it by a hundred! That gives you some idea of how I felt!
She looked to us and uttered the immortal words
"I think Bobby is much better looking."
She turned on her heels and walked out.
The three of us never said a word but just stared blankly at the screen. When it finished Majella and I left silently.
Sr Geraldine never mentioned it to us again. Yet we never went back to Chrissie's room. It wasn't that we were afraid for ourselves, but were aware that Chrissie would get into more trouble than we would.

Majella (looking very unimpressed) and I -circa 1979 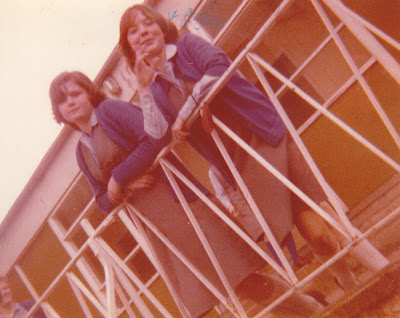 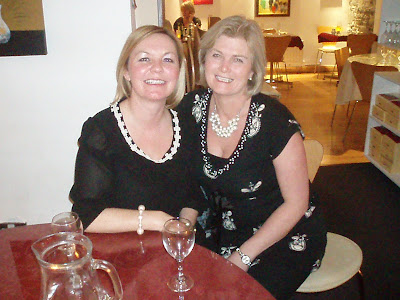