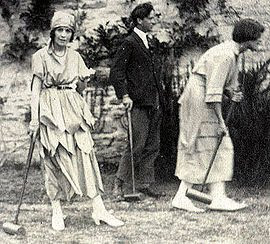 I am working backstage on the play Tom and Viv which is being performed by Bradán Players in Leixlip. It describes the turbulent marriage between T.S. Eliot and Vivienne Haigh-Wood.We studied the poetry of Eliot for our Leaving Cert in secondary school. I liked his work

Well, "liked" in so far as you can, when you are forced into studying something in order to pass an exam.
We were told that he was unhappily married, his wife was mentally insane and ended up in an asylum. I remember being sorry for him.

It seems that there was a very good reason for Vivienne's strange and erratic behaviour. Good old menstrual problems. She suffered from very heavy, irregular problems and severe premenstrual tension. This resulted in mood swings, fainting spells and migraines. Her family hired the top doctors of the day, who put her on a cocktail of drugs. One of these drugs contained 90% alcohol! So, no wonder she acted bizarrely at times....she was p*****!

One of the behaviours that was used as a reason for her internment in the asylum, was the fact that she changed her bed linen twice a day and that when she stayed in hotels, she insisted in having the sheets washed herself.

Bless her, she was too embarrassed to let anyone else see them.

Eliott and her family had her put away. And there she stayed for the rest of her life. Eliot never visited her. He filed for separation, but not before he took control of all her money and trust funds.

She died of a heart attack in 1947 (though some sources claim it was an overdose). Eliot received his Nobel prize the following year.

Good Lord. Who hasn't suffered a bit of PMT in their lives? Imagine being locked away because of it! 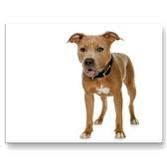 What is the difference between a pitbull terrier and a woman with PMT?