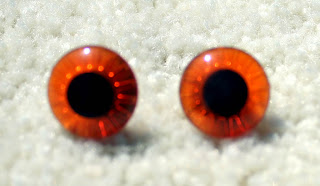 Did you ever feel like you were slowly falling apart piece by piece?
I woke up about a month ago to find that the sight in my left eye was very blurry. I thought I was getting a migraine as that's what usually happens to my eyesight. But after a day I knew it was more.
Headed to the optician. After looking up, down, to the left, to the right etc. etc. etc he announced that I had Keratoconus.
"Kera.....wha?"
"It means that most people's corneas are dome shaped but yours have become cone shaped."
I immediately had a mental image of Madonna's bra circa Girlie Tour. 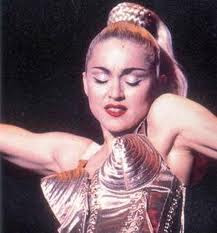 Can you, like, push them back into shape?
Today saw me in the Wellington Eye Clinic. You know you're in a plush waiting room when they actually have this week's magazines. No reading out-of-date stories like how Cheryl Tweedy is about to marry Ashley Cole, and how it will last forever!
The consultant was going through the procedure that he could do , when he said something that nearly had me running out the door in disbelief.
He actually said
"We are very lucky that it was found at this stage."
Yes, I thought to myself. It was caught so early when I'm still young.
He continued
"Yes. It's better that you are in your later years as it would have meant a cornea transplant if you were in your twenties."
Its the first time that I have been referred to as someone who was old!
I'm only in my forties for feck sake! And I scrub up really well.
If I have any money left after this, I'll have to look into having a face lift!!! 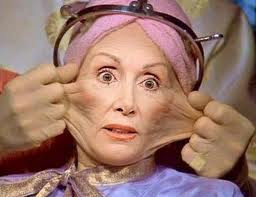