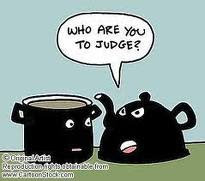 Genevieve arrived down over the mid-term to head out for a night on the town.
This time there was no staying in to watch The X factor over a bottle of wine.
As we were in the car on the way to town we got talking about the programme "Young, Dumb and living off Mum". It's a reality (whatever) show in which a group of totally spoilt 18 year old are put living together in a house. They have been pampered by their parents and have never done anything for themselves. In the first episode they had to go shopping for groceries. Their first concern was how they were going to get there. They had a limited budget so didn't want to spend it on bus fare. And there was no way they were going to walk. Two of them went next door to people they had never seen before, and asked them to bring them to the shop.
The teenagers could not comprehend the fact that a stranger wouldn't leave his dinner, drive them to the shop, wait for them and then bring them home. I mean that's what their parents would have done. They felt it was their right to be chauffeured around.
We sounded like a right pair of aul ones, giving out about the younger generation.
"These young people think that the world revolves around them. Everyone is at their beck and call."
"Exactly. Why couldn't they have walked, got the bus or a taxi. Its time they became independent and stood on their own two feet....literally."
Bah, humbug!
I suddenly burst out laughing at the irony of the situation.
Who was driving us into town??? My brother! I had rung him earlier and asked him to bring us in. He had left his nice warm living room where he had been lounging in front of a blazing fire, driven to my house through the gale force winds, waited for us to get ready, then driven us in to the restaurant and just turned around and went home.
Oops. I guess some of us are still spoiled!
at October 29, 2010