Me in lycra?? That's so last season, darling. 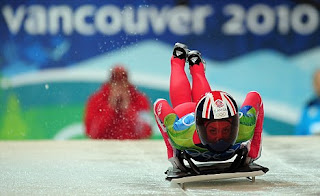 My nephew Barry in working on the Winter Olympics in Vancouver. He's ferrying the competitors around the place. I tuned into the opening ceremony on the off-chance that I might catch a glimpse of him. Yeh, right. Even taking into account the thousands that were there, all the workers were wearing indentical suits. They looked like clones.
However, I have become hooked on watching the sports. There is a perverse sense of fun watching some of them falling on their asses. I think the term for taking pleasure from other peoples pain is Schadenfreude. Admit it, you've done it too!
I was thinking that if I had known there were so many ways to travel over snow, I wouldn't have been so housebound during the snow-in this January. I could be the Irish answer to Amy Williams. But then I thought
Forget it. There is no way I'm getting into a lycra catsuit.
at February 19, 2010 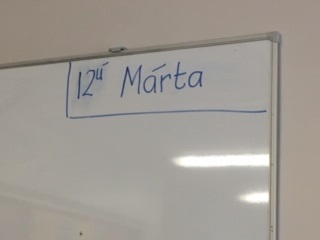